With Christmas around the corner, that means spending time with family and friends. If you want to setup movie night, Google Play has slashed rentals to $0.99 CAD on some top titles of 2016. These include movies like Suicide Squad, Jason Bourne, The Magnificent Seven, Sully, War Dogs, Finding Dory, Bad Moms and more. 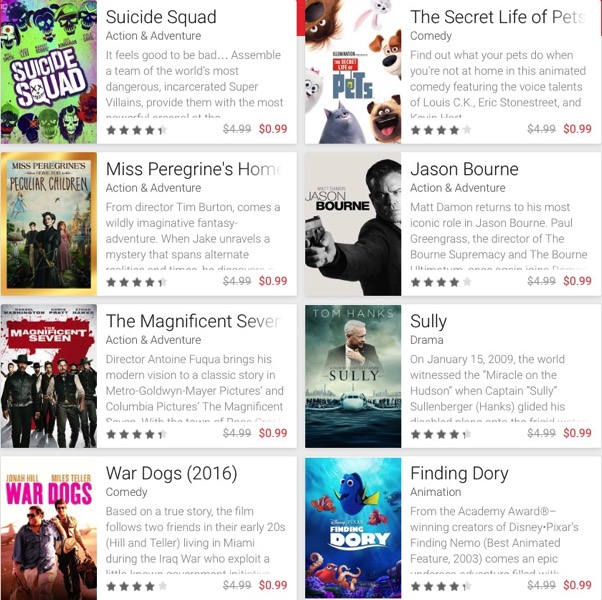 Google says rented movies need to be redeemed by January 23, 2017. If you’re an Apple user, just purchase these for $0.99 here, then AirPlay your movies to your Apple TV using the Google Play Movies iOS app (still waiting for that tvOS app).

Let us know if you’re going to jump on these!

Google today announced a major update for the Google Home app that brings a fresh new design, Matter integration, support for both Wear OS and the web, and plenty of new features. The company said it set out to reimagine Google Home because the number of average connected devices per user has gone up from...
Nehal Malik
2 mins ago