Tom Dunham, the foreman of a four-man, four-woman jury in the ongoing patent trial between Apple and Samsung, has highlighted that introduction of Google in the case raised questions in his mind about Apple’s ‘true motivations’. According to The Wall Street Journal, his comments suggest that Samsung was “merely a proxy for Apple’s real target: Google and its Android operating system”. 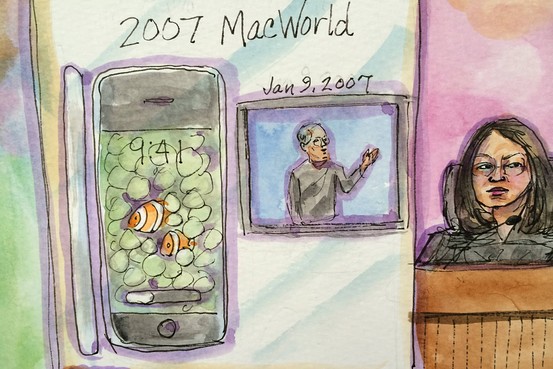 While speaking yesterday outside the U.S. District Court in San Jose, California, Mr. Dunham said the jury was curious about how Google affected Apple’s motivation in this case. Apple hasn’t sued Google directly, but has sued Samsung and other device makers that use Android.”If you really feel that Google is the cause behind this, as I think everybody has observed, then don’t beat around the bush,” he said. “Let the courts decide. But a more direct approach may be something to think about.”

“Apple’s lawyers insisted that Samsung—and not Google—was the defendant in this case. To support its point, Samsung presented evidence of an email sent by former Apple Chief Executive Steve Jobs saying that Apple should wage a “holy war” on Google.

Last Wednesday, on the first day of jury deliberation, the jurors asked if there was additional evidence related to Mr. Jobs’s comments about Google. U.S. District Judge Lucy Koh told the jury it had to reach a decision based only on the evidence presented. Mr. Dunham said the jury didn’t consider other information related to Google.”

While a Google spokesman declined to comment, an Apple spokeswoman reiterated a company statement from Friday that the verdict reinforces that “Samsung willfully stole our ideas and copied our products.”