Google has today introduced a new feature in its Allo chat app, that uses a combination of neural networks and the work of artists to turn your selfie into a personalized sticker pack. When you pull up the list of stickers in Allo, you’ll be presented with a new option: “Turn a selfie into stickers.” Tap, and it prompts you to take a selfie. Google’s image-recognition algorithms then analyze your face and instantly create custom stickers of you (via Co. Design). 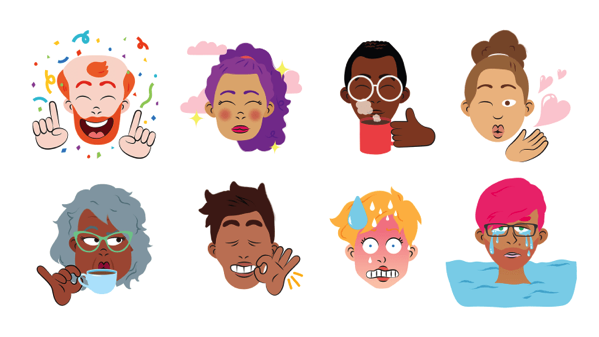 Google details how it worked alongside an artistic team to create illustrations that represented a wide variety of features, in order to create an illustration of you that captures the qualities that would make it recognizable to your friends. Once an initial caricature is generated, you can then also make tweaks, like change your hair, or give yourself different glasses.

There are hundreds of eyes and noses and face shapes and hairstyles and glasses available. Once done, the machine automatically generates 22 custom stickers of you.

Artists initially designed a set of hairstyles, for example, that they thought would be representative, and with the help of human raters we used these hairstyles to train the network to match the right illustration to the right selfie. We then asked human raters to judge the sticker output against the input image to see how well it did. In some instances, they determined that some styles were not well represented, so the artists created more that the neural network could learn to identify as well.

This feature is rolling out now in Allo for Android, and will soon be available for Allo on iOS.