Google has today announced the launch of a new ‘Family Bell’ feature, which brings a familiar school bell experience to your kids at home. Google Assistant users can add bell reminders throughout the day that announce when it’s time to start an online class, take a break, settle in for reading time, or even for bedtime.

The new feature will work on all Assistant-enabled smart speakers, displays, and third-party devices. To get started, simply say “Hey Google, create a Family Bell” or tap on Family Bell in your Assistant settings. You can even have different bells go off at the same time on different devices. 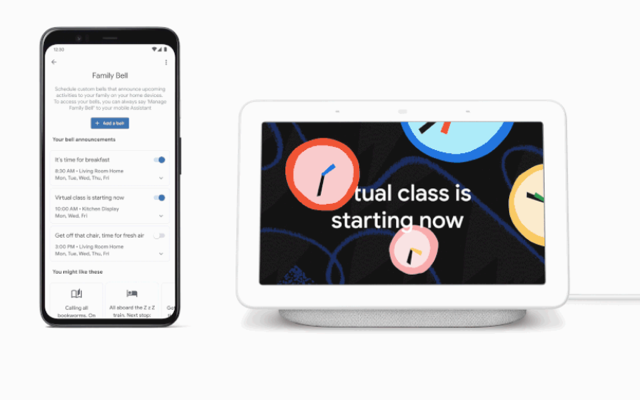 Google has also announced other fun features like a daily “Animal of the day” activity, Broadcast Targeting as well as a new command that kicks off a routine to start the school day.

“On Assistant-enabled smart speakers and Smart Displays in the U.S., say, “Hey Google, tell me about the animal of the day” and hear fun facts about a new animal every day, listen to the sound each animal makes and even receive a creative daily challenge, like drawing what the animal looks like.”

You can create and manage bells on iOS and Assistant-enabled Android devices. The feature is starting to roll out today in English in the U.S., Canada, U.K., Australia, and India.