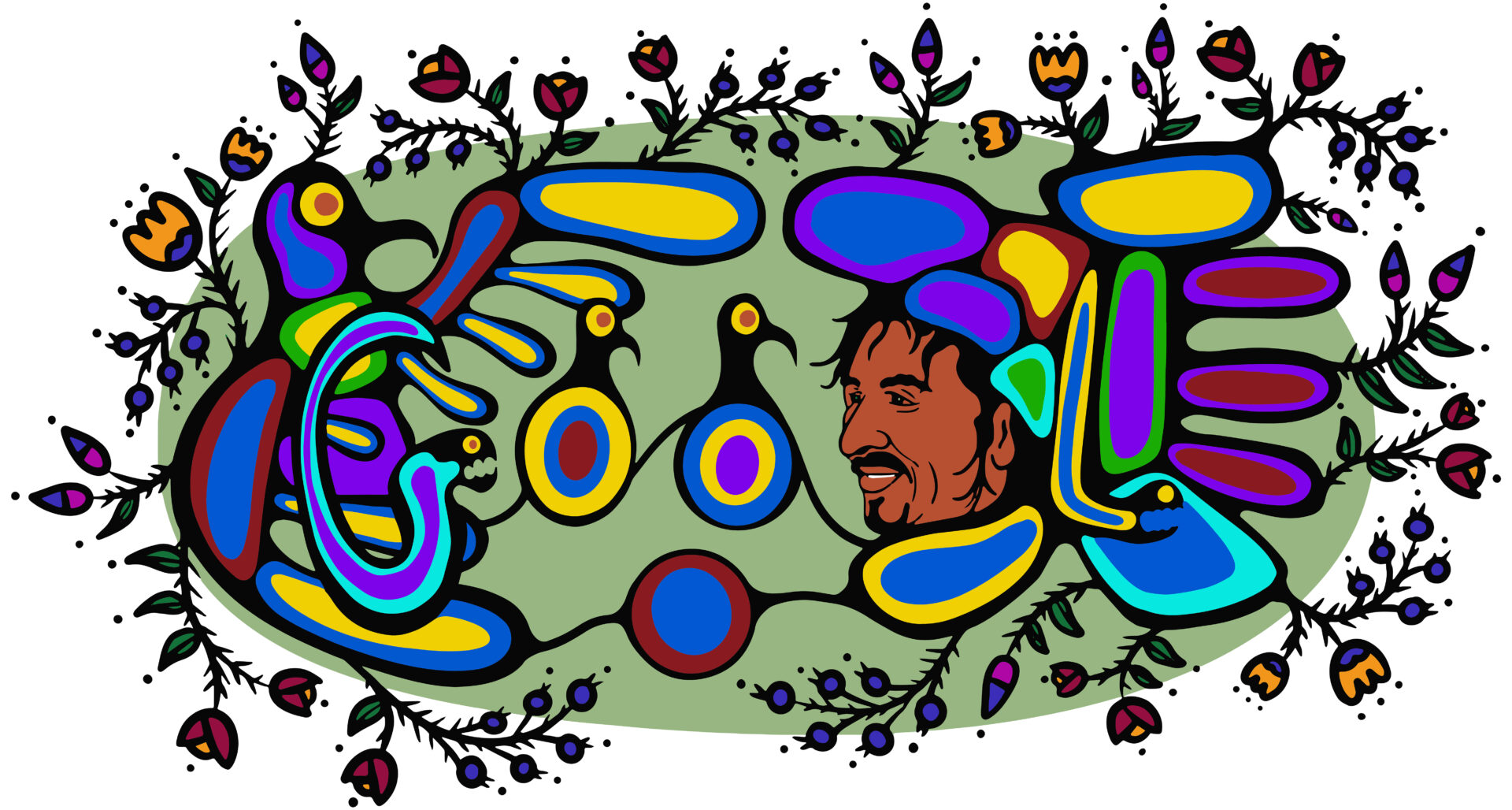 The new Google Doodle pays homage to Morrisseau’s life, works, and singular art style. Morrisseau, who was also known as Copper Thunderbird, overcame systemic racism and discrimination throughout his life to make a name for himself as an artist.

He is best known for incorporating traditional stories, political messages, and spiritual themes into his pieces. Morrisseau also exhibited an inclination toward the use of brighter colours.

The Bingwi Neyaashi Anishinaabek First Nation member eventually became one of Canada’s most renowned artists. Morrisseau became part of the Indian Group of Seven, responsible for trailblazing the Woodland School artistic movement and an inspiration to the Indigenous art community in Canada.

Some of his work was involved in Canada’s largest unsolved art fraud case, which is the subject of the documentary There Are No Fakes. Morrisseau’s unified estate is still trying to get his art properly recognized today.

The Google Doodle celebrating Morrisseau is being displayed today on Google Canada’s Search homepage. It was illustrated by Anishinaabe artists Blake Angeconeb and Danielle H. Morrison with a portrait of the artist, a thunderbird, and the same bright colours he was so fond of.

Google has honoured several Canadian figures with Doodles in the past, including Dr. James Naismith, the inventor of basketball, last year and philosopher Marshall McLuhan before that.