Google’s annual Mobile Planet smartphone research report has now included Canada for the first time. The research was commissioned by Ipsos MediaCT along with the Mobile Marketing Association and the Interactive Advertising Bureau. The interactive report provides data for 40 countries (Canada was among the 26 new countries now part of the report) with a variety of stats available.

Taking a look at smartphone OS penetration in Canada (and throwing in the USA as a comparison), it is evident iOS now dominates Canada. The graphic below shows iOS usage is double that of BlackBerry and Android OS. As for the USA, it appears Android is winning the race according to this research data: 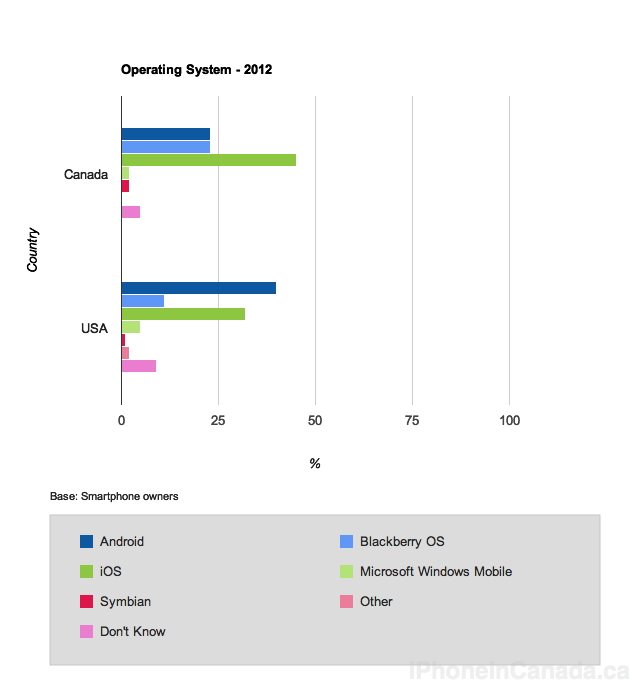 The data also shows that 1 in 3 Canadians are now using a smartphone, which is something we have continued to hear about from the quarterly earnings reports of our ‘Big 3’ carriers. 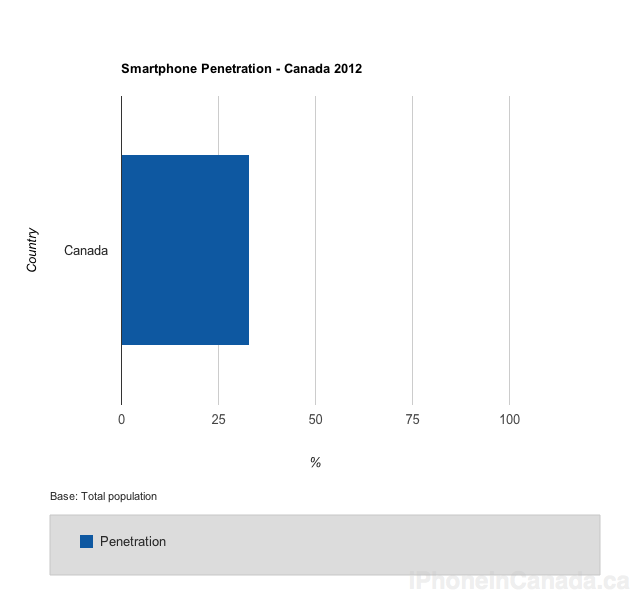 You can check out the Google Mobile Planet 2012 report here. There are a tonne of options and data to report on–you might be surprised what you discover.