Google Classroom Gets New Tools for Teachers Including ‘Student Selector’

In addition to unveiling a whole new suite of devices, including the Google Pixel 3 and 3 XL flagship smartphones, the all-new Google Home Hub, and the Chrome OS-powered Pixel Slate tablet, Google has also updated its Classroom product with new tools for teachers to encourage engagement from students in the class. 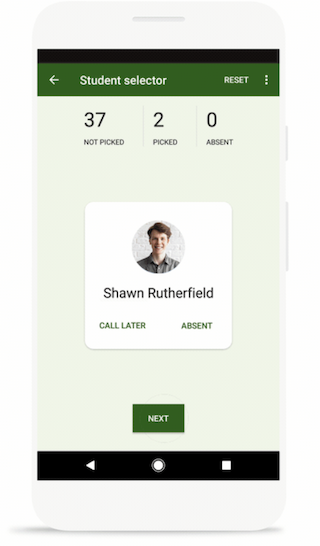 Using the new ‘Student Selector’, teachers can randomly select students to call on in class. This not only ensures all students have a fair chance of speaking and sharing answers but also helps teachers track of who has participated and who hasn’t.

“Teachers are always inventing ways to encourage class participation, from popsicle sticks to notecards to assigning numbers to students. And now teachers can use the student selector on Android devices to randomly select students to call on in class.”

All a teacher has to do is hit the feature, which is only currently available on Android devices, and it’ll pick a kid for them to pick on. “We built the student selector specifically for mobile devices to take advantage of the portability of a phone or tablet”, says Classroom product manager Lisa Wang.

To learn more about how to randomly select a student using the Student Selector on Android smartphones and tablets, hit up this link.