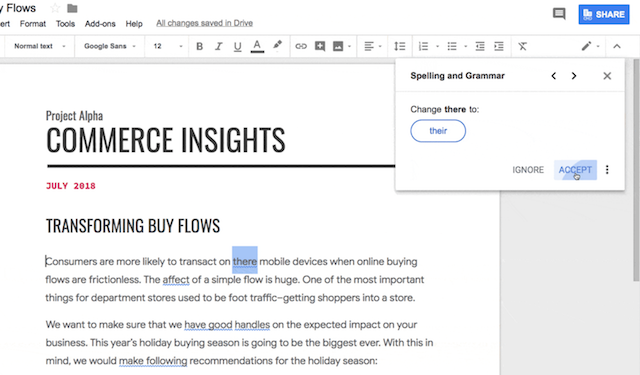 Grammarly, the popular grammar checking extension and web app, seems to be getting some competition as Google is adding a new machine learning-based grammar checker for Google Docs. As pointed out by TechCrunch, Google’s new grammar suggestions in Docs are already available through its Early Adopter Program.

Google says its grammar checker uses a machine translation algorithm that can recognize errors and suggest corrections as you type and can catch anything from wrongly used articles to more complicated issues like incorrectly used subordinate clauses.

There is no word yet whether or not Google will make this new grammar checker available as an API for other developers too.