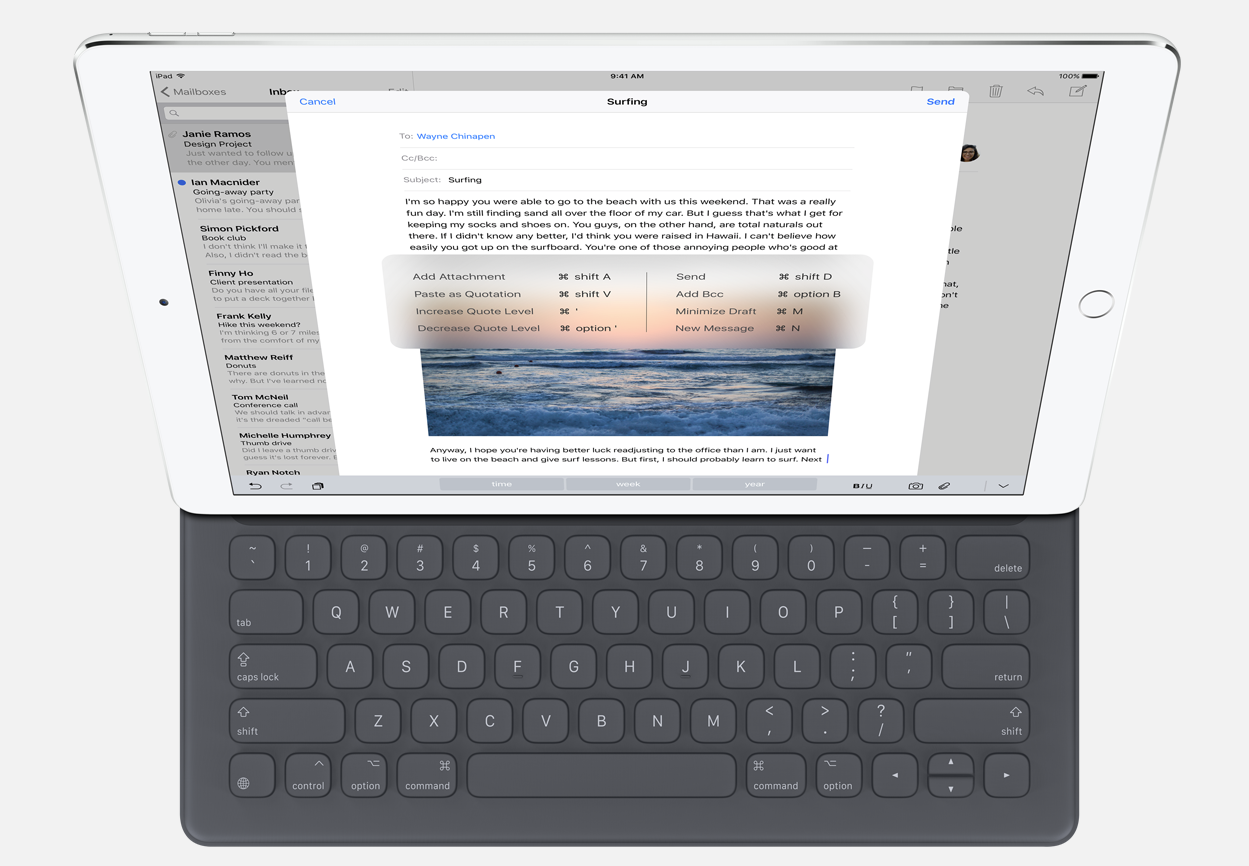 Specifically, this means that the keyboard looks a lot more optimized for the larger display. In addition, Google Docs on iOS now offers you a word count for the document you’re working on.

One feature that is completely missing from Docs and Sheets is the Split View feature, which Apple introduced in iOS 9, that lets you use two apps side-by-side.

It’s not extremely surprising to see Google hold off on supporting every single feature of Apple’s entry into the big tablet market. Many of Google’s core apps, including Docs, Hangouts, and Maps, still don’t use the 3D Touch feature of the operating system.

Google Docs and Sheets for iOS are available as free downloads from the App Store. Both apps require a device running iOS 8.0 or later.