Google has just rolled out support for filling out structured PDF forms using the official Google Drive apps for iOS and Android, allowing users to enter information in text fields, select options from a dropdown menu, as well as select checkboxes or radio buttons. 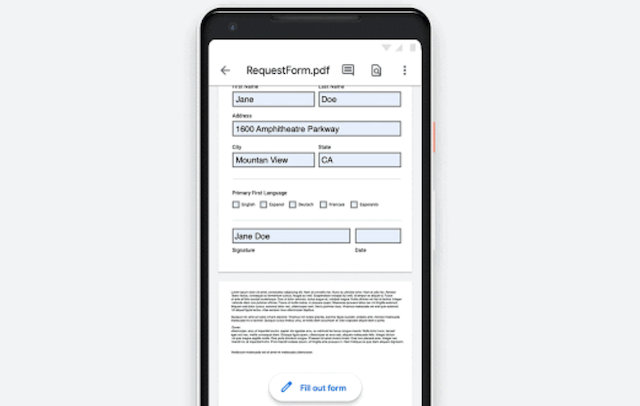 Google Drive users can save their edits after filling out the forms as a new revision of the document or simply save a copy. To begin filling out a form, tap the pencil button in the PDF preview or tap the form field directly. When you’re done, save edits or save a copy of the form.

Google says the feature is not yet available on XFA forms and does not support e-signatures.

This feature makes it quicker and easier to complete business invoices, event registrations, tax forms and other types of simple forms. This eliminates the need to print, fill-in by hand, and re-upload the document, saving you time.

The feature is being rolled out to all G Suite editions now and will be enabled by default for all accounts.