Google has today announced the launch of a brand new HD video calling app called ‘Duo’ for iOS and Android, which is believed to be the company’s answer to Apple’s FaceTime. The app has been revealed alongside a new smart messaging app called ‘Allo’, which is an AI-based chat app supercharged with machine learning and a new Google Assistant service (via TechCrunch). 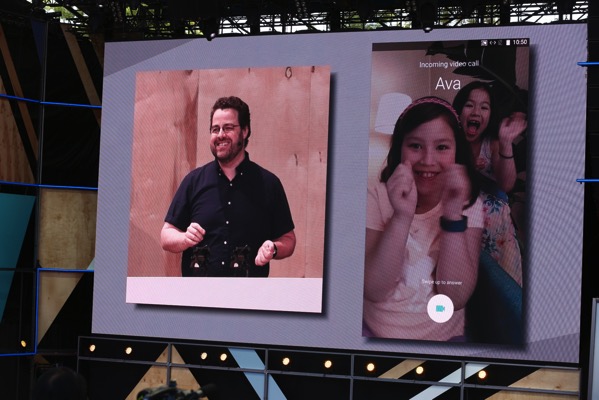 While Allo is mainly focused on interacting with Google’s assistant bot, Duo is much more like Apple’s FaceTime, allowing you to carry out one-on-one conversations. The app, which will go live later this year across the two leading smartphone platforms, uses a ‘Knock Knock’ feature that gives users a real-time image of the person calling before the call is actually connected. Touting the engineering that has gone into making the video in the app work, Google says that it will work the same whether your network is superfast or patchy.

“Duo calls are in crisp HD video (up to 720p) and audio. We’ve optimized Duo to work well even on spotty networks, so if bandwidth is limited it gracefully adjusts quality so you’re still able to connect. We also seamlessly transition calls between cellular and Wi-Fi, so you don’t need to worry about what network you’re on. Finally, we built Duo with privacy and security in mind and all calls on Duo are end-to-end encrypted”.

Check out the following promo video of Google Duo for a better idea:

We’re rounding the corner into another month and Bell Media today has shared its list of what’s new on the Crave streaming service for February 2023. February is Black History Month and Crave has highlights featuring Black creators, talent, and cultural figures with various curated special collections. One upcoming title is the TSN and Crave Original […]
iPhoneinCanada.ca
37 mins ago