Google Earth Timelapse, a feature that compiles images of Earth taken from space into an interactive experience and showcases the ongoing changes of our planet, is now available for smartphones and tablets through a brand new mobile web version. 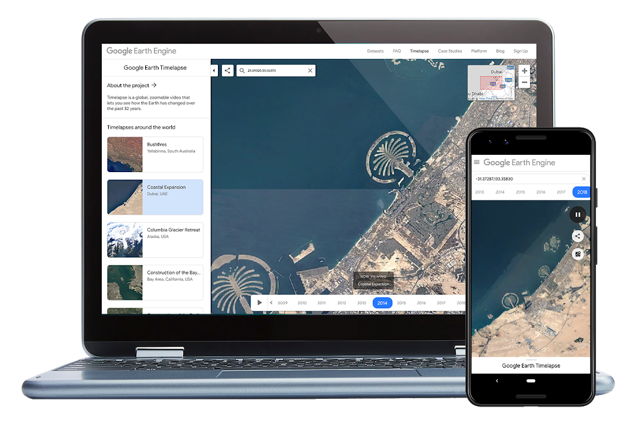 Scientists, documentarians, and journalists have used Google Earth Timelapse data to explain the complex dynamics at work on Earth. Recently, a team of scientists at the University of Ottawa published an article at Nature based on the Timelapse dataset which revealed a 6,000% increase in landslides on a Canadian Arctic island since 1984.

To mark the latest update that brings mobile and tablet support, Google Earth Timelapse has showcased Canadian cities to show how they have changed over the years.

You can follow the respective links below to watch the Google Earth Timelapse video for each city.

YouTube is catching up to Twitch and is now offering support for YouTube Emotes. These custom images can be used across the platform while interacting with chat and the comments in a video. Currently, YouTube is supporting a variety of Gaming Emote. In a YouTube Help blog post, a community manager highlights the fact that...
Steve Vegvari
43 mins ago