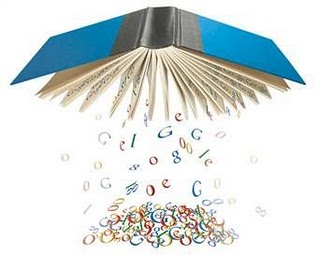 Some big news coming out of Google today. Google has a new e-book ventured called Google Editions that will be coming soon. Google says that it’s coming before the end of the year, and that the store will feature a massive library of books, similar to that of Amazon.

Google Editions hopes to upend the existing e-book market by offering an open, “read anywhere” model that is different from many competitors. Users will be able to buy books directly from Google or from multiple online retailersâ€”including independent bookstoresâ€”and add them to an online library tied to a Google account. They will be able to access their Google accounts on most devices with a Web browser, including personal computers, smartphones and tablets.

The beauty of Google Editions is that it will be tied to your Google account, so it can be accessed anywhere on a web browser. We’ve seen some amazing web apps from Google tailored to iOS (E.G. Gmail, Google Docs, Google Reader). Apple has approved the native Google Voice app for the US App Store (previously it was a web app to bypass the App Store).

If Google creates a native Google Editions iPhone app, would Apple approve it too? This new book venture would be a direct competitor for Apple’s iBooks and Amazon’s Kindle app. The current iBooks Store sorely lacks the titles available from Amazon. Google Editions appears to be ready to take on Amazon and Apple combined.

Checkout this WSJ video below (Flash):