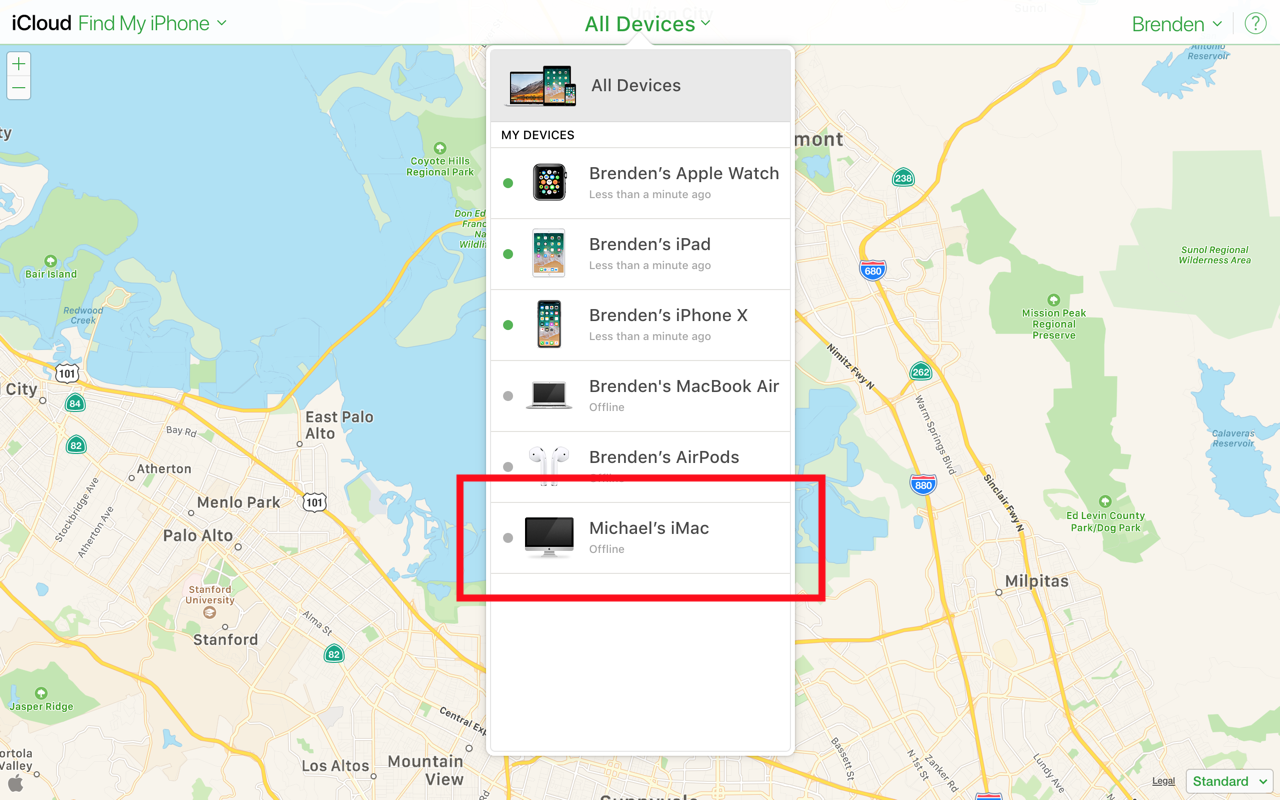 Yesterday, a Google employee took to Medium to describe how he unknowingly had access to the location of an iMac he sold three years ago on Craigslist.

Brenden Mulligan explained that he fully erased the machine and performed a clean install of OS X before selling the machine. However, the machine remained on Mulligan’s Find My iPhone account ever since.

It wasn’t until a few days ago when he realized that the device was still listed in Find My iPhone and was able to locate the iMac from 100 miles away. Mulligan said that the new owner of the machine never logged into their own iCloud account, so the iMac was still associated with his iCloud account.

This doesn’t expose much of a security risk for the seller, however, the buyer’s location is definitely exposed. In addition to the location, the seller would also have access to “Play Sound,” “Lock,” and “Erase Mac” via iCloud.

If you are a user of a used Mac, you can resolve this security issue by signing into your own iCloud account.

Apple’s all-new HomePod 2 is launching tomorrow, February 3, 2023, with some early hands-on reviews and unboxing videos already hitting the web. Just ahead of the official release, Matthew Costello, Apple’s hardware vice president, has shared how Apple decided to resurrect a product it had discontinued in 2021. We deeply studied the learnings from the first HomePod...
Usman Qureshi
13 mins ago

Sony has today announced the release of its next PS5 system software beta, which introduces a handful of new features, including the highly requested Discord voice chat. The release introduces a variety of UX, accessibility, and social feature enhancements, as well as Variable Refresh Rate (VRR) support for 1440p resolution. Invited beta participants from the...
Usman Qureshi
39 mins ago