Did you notice your Facebook account signed itself out today? While others also noted the site emailed users noting security checks were needed, the company said the account issues were not security related.

It started when the social network went down early in the morning, then came back online and users were notified “Someone may have logged into your account”, and asked users to go through security check steps. 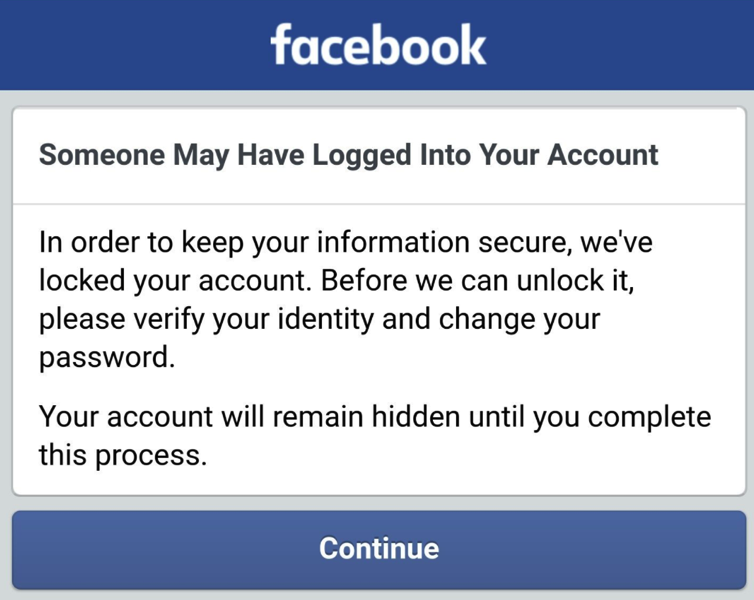 “Earlier today an error in one of our systems designed to help prevent suspicious account access sent a small set of people to our account recovery flow unnecessarily. We have fixed the issue and are in the process of clearing the affected accounts from this recovery flow. We apologize for any inconvenience.”

The same issue occurred for Google accounts, specifically Gmail users. Users may have noticed their accounts had magically signed out.

Google told users in a tweet, “We know some of you had issues signing in today. Please try again now. Rest easy — your account’s security was not affected.”

We experienced both of these issues with Facebook and our Gmail accounts, earlier this morning. The first thing that came to our mind was maybe this was related to the Cloudflare bug that was patched. But if we are to believe the statements given by Google and Facebook, it looks like the sign outs were definitely not security related, although the timing does seem suspect.

Apple has just teased a handful of new titles which will be added to Apple Arcade’s ever-growing catalog of games during the month of December. In a tweet posted earlier today, Apple shared the following three new games are coming to its gaming subscription service this month: Dead Cells+ by MotionTwin JellyCar Worlds by Walaber...
Usman Qureshi
15 mins ago

Twitter has today highlighted its continued commitment to promote and protect the public conversation, noting that it is now better positioned to realize its ambitions than ever before. "As you’ve seen over the past several weeks, Twitter is embracing public testing,” the social networking company said in a blog post titled 'Twitter 2.0.’ “This open...
Usman Qureshi
30 mins ago