This week, Google launched a new iPhone edition of Google Finance for mobile.

As per feedback received from users, the new Google Finance for mobile gives users a unified experience across the desktop and mobile version of Finance, offering almost all of the same features as the desktop version.

Like the desktop version, users will have access to markets, personal portfolios with real time data and quotes, news and much more!

Users can access the new site when doing a Google search for stock tickers or company names on an iPhone. Alternatively, users can tap the “Finance” tab on the Google mobile homepage. 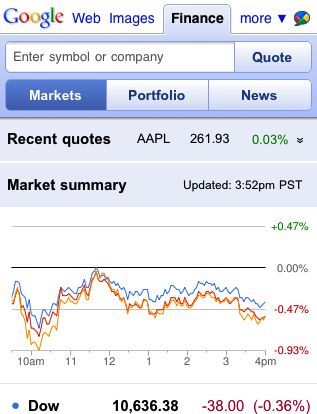