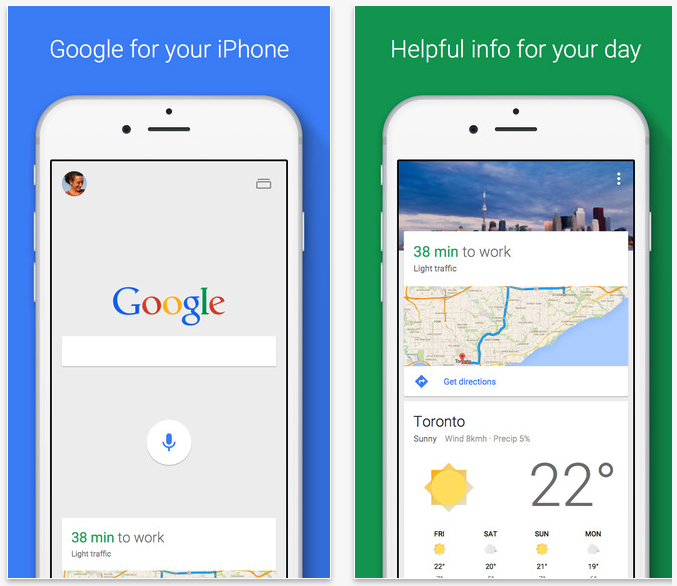 Today, Google has started rolling out an update to its iOS app. The update to version 7.0 is the first significant update to come to the app in some amount of time, and includes a handful of notable new features.

The update brings the ability to say “Ok Google” while on any webpage to get detailed answers about whatever topic you’re researching. For instance, you can say “Ok Google, how far away is this place?” while reading about a restaurant or hotel location.

• Say “Ok Google” and ask a question while on any web page to get smart answers about what you are looking at. Try saying “Ok Google, where was he born” while reading an article about William Shakespeare
• More detailed local search results”

The Google app on iOS now includes more detailed local search results, with improved quick facts like hours, pricing, and location. Users can now also copy and paste from anywhere within the app.

Google for iOS is available as a free download from the App Store. The app requires any device running iOS 7.0 or later and has been optimized for the iPhone 5, 6, and 6 Plus.