Google Home Sale: $125 Each at Best Buy if You Buy Two

Google Home, the search engine’s smart speaker, launched in late June priced at $179 CAD. Now, we’re already starting to see decent discounts on the device, as Best Buy has them on sale, available at $125 CAD each if you buy multiples of two. 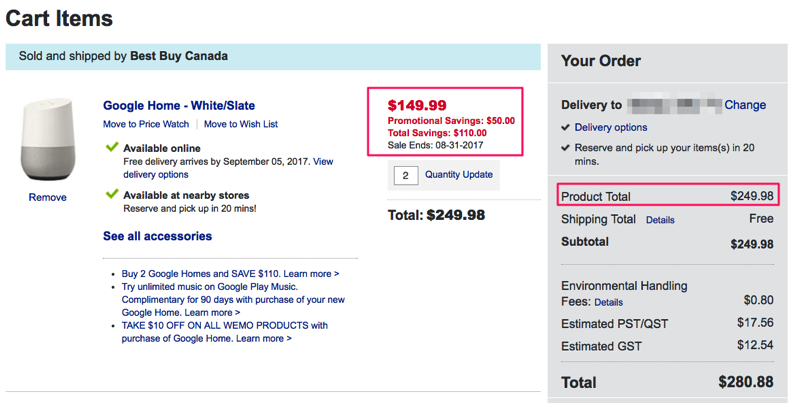 The current promo, which ends today, will take $110 off your cart total when you have two Google Home units at checkout, which works out to 30% off its launch price from two months ago. Clearly, it looks like the race is on to get as many of these smart speakers into homes.

Google Home was recently updated to support multiple profiles, plus allow hands-free calling in Canada. The device harnesses the power of Google Assistant, allowing users to play music from Google Music and Spotify, for example, plus control their smart home and ask any questions.

Apple’s HomePod will be launching in the U.S. this December, but no timeline is set for Canada, yet.