Google has announced today it will roll out indexing of iOS apps, to allow users to “open mobile app content straight from Google Search.” In the coming weeks, iOS search results will appear in the Google iOS App and signed-in Chrome users.

So for example, if you search for a restaurant reservation as seen below, the search results that include something like OpenTable will automatically include a deep link to launch the iOS app, making it much easier to make a reservation. The screenshot also shows a one-touch return bar up top to go back to Google search results: 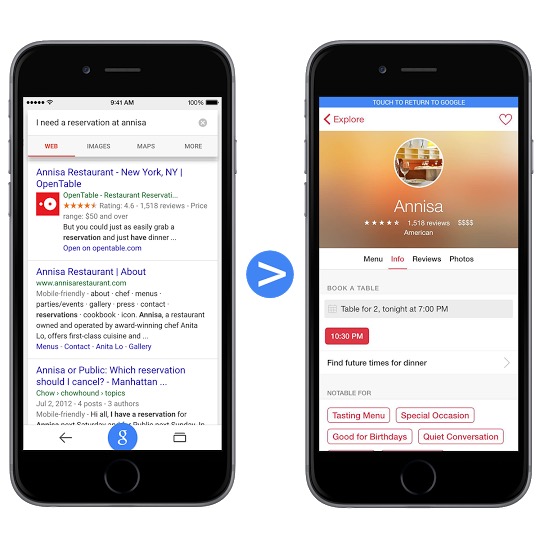 Google says they are testing this initially with a small group of developers but says it will be expanding soon. If you want to get your app indexed, Google provides the following steps:

This should make things much easier, but the interesting part is Google is making you use its iOS app or Chrome to access indexing and deep links. Of course, convenience does come at a cost, right?