Google just announced Instant Previews for iOS (4.0+). This feature has been available for a while now on web browsers, but is making its debut on iOS today. Instant Previews allows for a quick snapshot of your search results, making searching easier and faster.

Instant Previews provides a fast and interactive way to evaluate search results. Starting today, Google Instant Previews is available on mobile for Android (2.2+) and iOS (4.0+) devices across 38 languages. Similar to the desktop version of Instant Previews, you can visually compare search results from webpage snapshots, making it easier to choose the right result faster, especially when you have an idea of the content youâ€™d like to see.

My initial test of Instant Previews within Mobile Safari worked exactly as described by Google. I welcome this new feature as searching has become much easier and efficient on my iPhone. Let me know how it works for you! 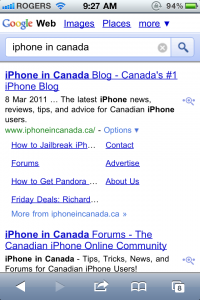 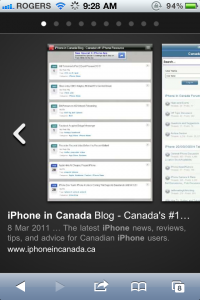