Google has today pushed a major update for its iPhone and iPad app, bringing three new features to iOS that help users find what they need and get things done, without disrupting their flow. In addition to support for iOS 11’s iPad features, users can now search for and share things like videos, businesses and more within iMessage with a powerful new extension. 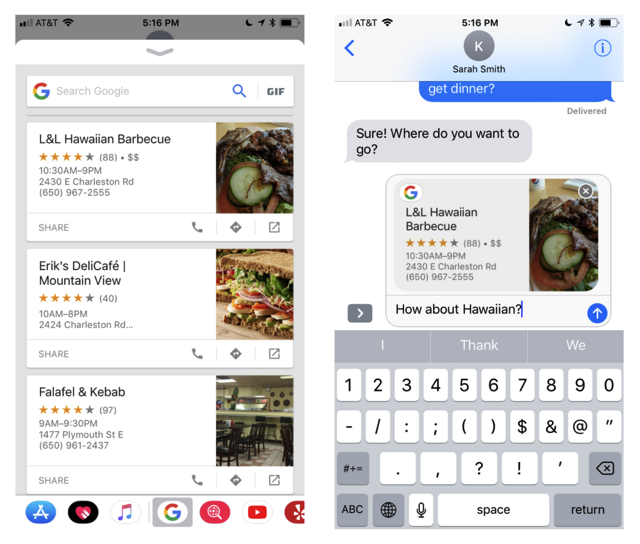 The updated Google app for iOS installs an iMessage extension to help you search and share GIFs, restaurants and videos, whenever you’re messaging a friend. Simply tap on the icon for “Food” or “Nearby” to share your favorite locations, or perform a search and share a card directly into the conversation.

If you already have the Google app on your device, no additional installation is required. Just open iMessage, tap the iMessage apps drawer, and tap on Google app icon.

iOS users can now also discover and explore from any webpage in Safari. When they share a webpage with Google, they will see suggestions for related content so they can learn more about the topic, without having to type anything new into the search box.

Last but not the least, iPad users can now drag and drop to quickly and easily move text, images and links to and from the Google app in iOS 11.

Support for the iMessage extension is currently only available in the U.S., although Google says it will be expanding the feature to more languages and locales in the near future.