Replacing its existing Currents reader, Google has announced the launch of its new Flipboard-style newspapers and magazines subscriptions app called the Google Play Newsstand for Android devices (via GigaOM). Google says its Newsstand app is a one-stop Android shop for magazine, newspaper and blog content, initially offering more than 1,900 free and paid content sources. As iOS version of Google Newsstand app is due for release in 2014. 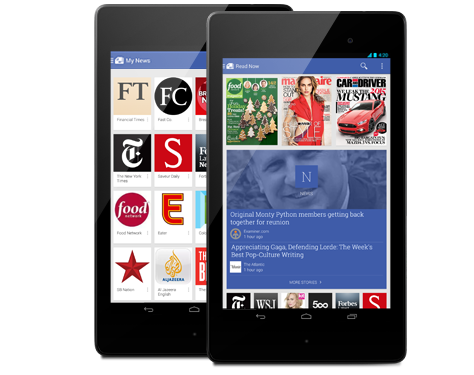 Google has also added subscription-only newspaper providers like the New York Times and Wall Street Journal to the Newsstand app, in addition to the magazine partners it already had through Currents. Scott Dougall, the product manager of Google Play, said that users will be able to import accounts they already have with those outlets, and will also be able to “click and subscribe to other news-content providers” such as the Financial Times from within the Newsstand app.

Today we’re launching Google Play Newsstand, a new app for your Android phone or tablet which brings together all of your favorite news sources in one experience.

American Express Canada and Metrolinx have just enabled tap-to-pay functionality on eligible PRESTO devices for GO Transit and Union Pearson (UP) Express in the Greater Toronto and Hamilton Area. Cardmembers can pay for their adult transit fare with a contactless-enabled American Express Card, mobile wallet, or payment-enabled smartwatch. To make for a seamless experience, Cardmembers...
Usman Qureshi
35 mins ago