Today Google released their highly anticipated Google Chrome web browser for the Mac platform in official Beta form. The Windows version has been available for over a year.

The new web browser looks a lot like Safari but differs in certain design areas. For example, Chrome moves tabs to the top of the browser and instead of having a URL field and a search field, Chrome combines the two into one “Omnibox”. 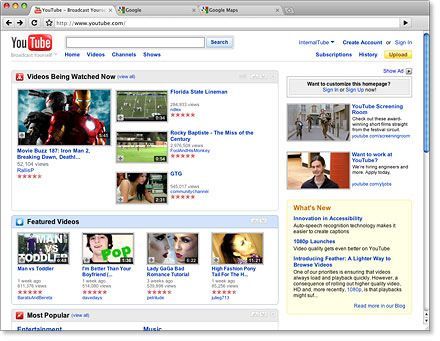 The new Google browser is being advertised as “lightning fast” and is in direct competition with Safari.

Google had highlighted the following features of the browser with the Mac release:

Stability: Google Chrome is built for stability. If an individual tab freezes or crashes, the other tabs are unaffected.

Omnibox: Use the Omnibox to type both web addresses and searches in Google Chrome.

New Tab page: Visit your favorite websites easily from the New Tab page. When you open a new tab, the sites you visit most often are readily available. 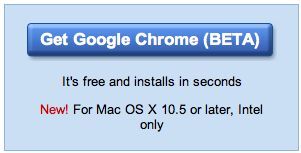 The official trailer for the upcoming Apple TV+ original documentary 'Sidney' honouring the life of Hollywood legend Sidney Poitier, has just gone live on YouTube. From producer Oprah Winfrey and directed by Reginald Hudlin, this inspirational documentary honours Poitier and his legacy as an iconic actor, filmmaker, and activist at the center of Hollywood and...
Usman Qureshi
8 hours ago

Airbnb on Tuesday announced the introduction of new anti-party tools in Canada and the U.S. to help prevent unauthorized parties by identifying and declining potentially high-risk reservations. This system looks at factors like history of positive reviews (or lack of positive reviews), length of time the guest has been on Airbnb, length of the trip,...
Nehal Malik
8 hours ago