Google has today announced it is rolling out a bunch of new ways to more conveniently access Google Maps on iOS, including the ability to share your real-time location while you’re texting your family and friends via iMessage. 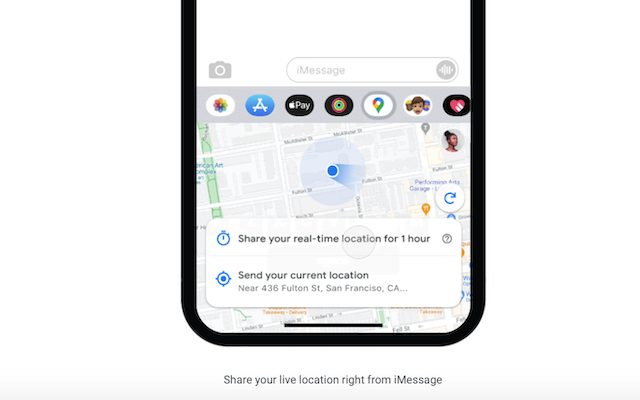 To take advantage of the new feature, just tap on the Google Maps button in iMessage and  your location will be shared for one hour by default, with the option to extend up to three days. To end your share, simply tap the “stop” button on the thumbnail.

Google has also introduced a new nearby traffic widget, which lets you access this information for your current location right from your home screen. You can use the feature to search for your favourite places or navigate to frequent destinations with just a quick tap.

To install either widget, make sure you have the latest Google Maps app downloaded from the App Store and follow these steps:

Lastly, a new dark mode on Google Maps for iOS will also start rolling out in the coming weeks.