Google has released an update to allow Mobile Safari to have the same Google Maps experience you would get from your desktop. All you have to do is visit maps.google.com in Mobile Safari, and you’ll be able to do the following: 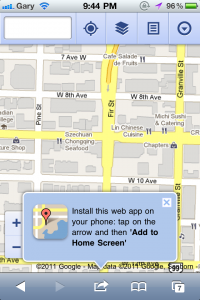 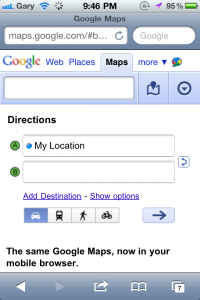 You have got to appreciate the work Google provides for iOS users. They have previously introduced interactive weather results, Google Docs editing, easter eggs within search, a ‘news near you’ feature, and the Google Authenticator app for 2-step verification.

Let me know what you think of Google Maps within Mobile Safari.