In a recent report by Mercury News (via 9to5Mac), it appears that Google may be fined by U.S. Federal Trade Commission over bypassing iOS Safari’s privacy settings and continuing to track users without their consent. Even though Google has already disabled the code responsible for such tracking, FTC is still looking deep into the matter and is planning to penalize the search giant with a huge fine. The report also notes that Google was recently fined $25,000 by the FTC after it deliberately impeded a federal privacy investigation. 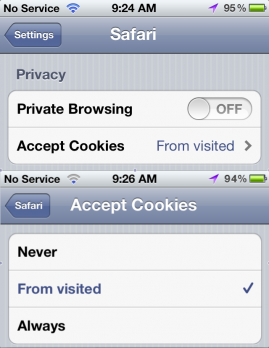 The Federal Trade Commission is deep into an investigation of Google’s actions in bypassing the default privacy settings of Apple’s (AAPL) Safari browser for Google users, according to sources familiar with ongoing negotiations between the company and the government… Within the next 30 days, the FTC could order the Mountain View search giant to pay an even larger fine in the Safari case than the penalty the Federal Communications Commission hit Google with Friday, say the sources, who spoke on condition of anonymity.

While Google would have the ability to contest any FTC fine in federal court, the financial sanctions in the Safari case could be sizable, particularly if the FTC were to define “a violation” as each person affected. The government is trying to determine just how many people were affected by the Safari breach, and people familiar with the case say it could easily run into the millions of iPhone, iPad and Mac users.

Google has already acknowledged it changed the default settings in iOS Safari browsers to allow the “+1” button connected to its Google+ social network to work with Apple’s browser.