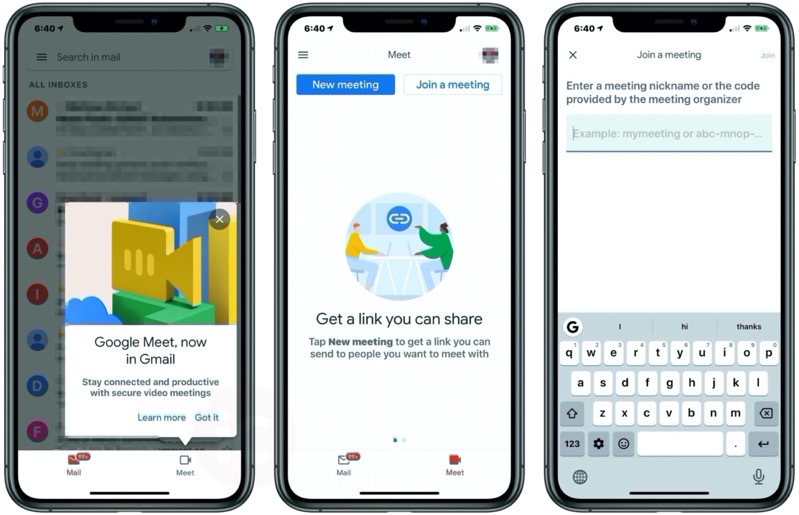 Earlier this month, Google announced it would be adding Google Meet integration for Gmail users on iOS, specifically those with G Suite email accounts (an email based on a domain name, not regular @gmail.com addresses).

Google Meet is the company’s video conferencing app, allowing users to connect and setup video calls. The integration means a new ‘Meet’ tab would appear on the bottom of your Gmail app, a feature made available to Gmail for Android earlier this year.

As of yesterday, the Google Meet integration in Gmail for iOS for a G Suite users went live. We noticed it in our Gmail app and it’s still there today.

“Google Meet, now in Gmail. Stay connected and productive with secure video meetings,” explains a pop up introducing the feature. When you tap the ‘Meet’ tab, you can create a new meeting link or join a meeting very easily.

Only those invited to a Google Meet video call can join, as the company specifically states “no one outside your organization can join a meeting unless invited or admitted by the host.” The statement seemingly is a veiled jab at video conferencing rival Zoom, which has suffered from numerous privacy fails earlier this year.

When you switch back to a regular @gmail.com account inside the Gmail iOS app, the Meet tab will disappear and vice versa.