Users of the Google Mobile iPhone App will be happy to know that Google has updated the application and the update is now available in the iTunes App Store.

There are a number of enhancements in the new version: 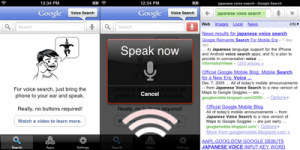 Overall, the update is great and is available in the iTunes App Store for free.