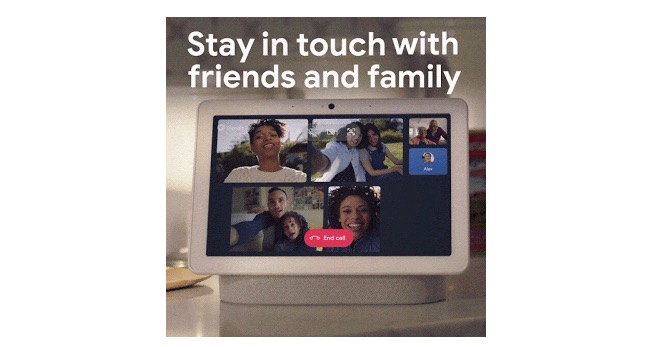 Google has announced it has started rolling out the ability for the Nest Hub Max to make group video calls in Canada, as of today. Users can start group calls based on groups they create in the Duo mobile app, the company informs iPhone in Canada.

Available in English only, Nest Hub Max users can say, “Hey Google, make a group call”, and then tap on the Duo group you want to setup a video call with. Group video calls on Nest Hub Max can support up to 32 people with Duo.

Nest Hub Max supports auto-framing so you are able to walk around your room and the camera will keep you in view, with its built-in Nest Cam.

According to Google, Meet group video calling is launching first on Nest Hub Max ($299 CAD) before it reaches other devices.