Google News for mobile lets you keep up with the latest news, whereverÂ you are. Today weâ€™re excited to announce a new feature in the U.S.Â English edition called â€œNews near youâ€ that surfaces news relevant toÂ the city youâ€™re in and surrounding areas.

I just tested this out and it worked as described. The new section “News Near You” pulled up stories from the Vancouver Sun and The Province as shown below. Give it a shot, just visit news.google.com on your iPhone. Thanks to the Google team for continuing their awesome support for iOS users. 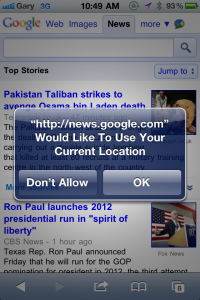 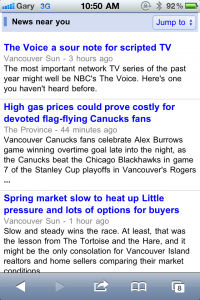 Apple is reportedly scrapping its initial plans to increase iPhone production this year due to lower-than-expected demand. Following the launch of its new flagship, the iPhone 14 series, Apple is now reconsidering the scaling of its production. As reported by Bloomberg, Apple has reached out to its supply chain partners. Initially, the Cupertino company is...
Steve Vegvari
34 mins ago