Turns out the LG-made Google Nexus 4 also has the purple haze issue — just like the iPhone 5 and the Samsung Galaxy S3. 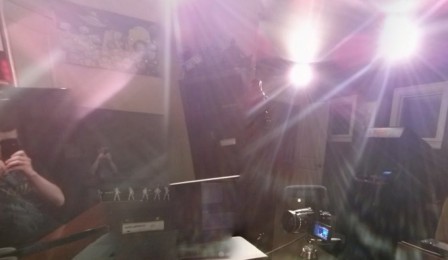 Yeah, you’re right: nothing is perfect, not even the latest flagship device that is expected to push up Android’s already high market share. As the above image shows, not even the Google Nexus 4 escapes when it comes to purple haze.

This is exactly the same issue which was first reported by unhappy iPhone 5 owners: the otherwise very capable camera makes bright light appear with purple lens flare in the pictures. When contacted, Apple’s reply was simple enough: it is the camera’s normal behavior.

Well, as the above image shows (taken on a Nexus 4), we now have the “scientific” evidence: this is indeed the normal behavior of these camera sensors. We can only hope that the next-generation devices won’t feature this nasty purple haze issue.

Maybe a good accessory maker could save the day? Well … hope is everlasting.

An Apple AirTag proved instrumental in the arrest of a U.S. airline worker in connection with a series of luggage thefts — reports Insider. Apple launched the AirTag for $29 USD ($39 CAD) last year to help customers keep track of their belongings (and more). AirTags harness the Find My network, which comprises over one...
Nehal Malik
14 hours ago