Google has dropped the price on its unlocked Nexus 4 smartphones to just $199 ($100 off) for the 8GB model and $249 ($110 off) for the 16GB model. For those in need of an unlocked smartphone for travel, the $199 price is a bargain for one of Google’s flagship Android smartphones. 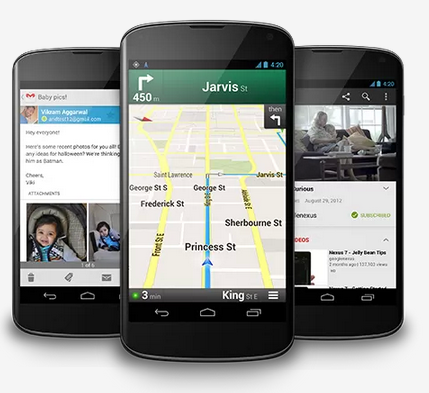 The Google Nexus 4 was announced last October alongside new Nexus 7 and 10 tablets; the smartphone features a quad-core processor, 4.7-inch display and wireless charging. A $199 price point is pretty incredible for an unlocked device like this and will most likely attract the attention of those vying for Apple’s rumoured lower cost iPhone 5C, but the latter most likely would never debut at such a low price.

Both units are still showing in-stock as of writing but that will most likely change shortly. Get them here while they’re hot. The move most likely is to clear out stock before new models of the Nexus line appear, most likely again this fall.

According to leaker @Jioriku, Apple will soon launch the Beats Fit Pro wireless earphones in Volt Yellow, Coral Pink, and Tidal Blue colours. Although Apple is yet to make an official announcement, MacRumors claims to have spotted listings for the new colours on some Apple reseller websites in Europe. Similar to the AirPods Pro, the...
Usman Qureshi
3 mins ago

Google's parent company, Alphabet, on Monday started notifying employees in Canada of job cuts, according to a spokesperson for Google (via The Globe and Mail). The news comes a little over two weeks after Alphabet CEO Sundar Pichai announced the company would be laying off 12,000 employees (or 6% of its total workforce) across its...
Nehal Malik
16 mins ago