During previous Google I/O developer conferences the company has announced new hardware, such as their Nexus smartphones or tablets. This year, no new hardware made its way to the stage. But in a twist, Google noted it will soon offer the new Samsung Galaxy S4 unlocked, running stock Android for $649 on June 26th. 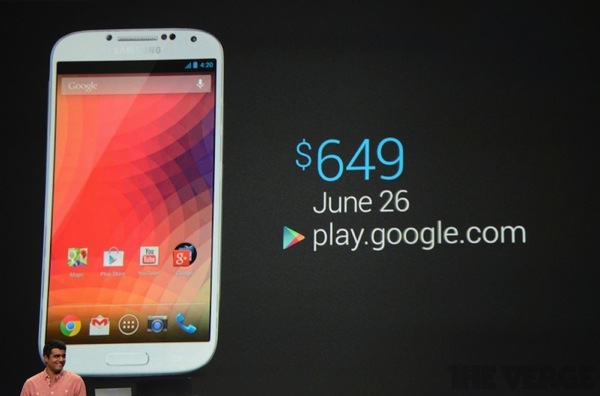 That new price is much more expensive than its previous pricing of $309 and $359 CDN for its popular unlocked Nexus 4 smartphone in 8GB and 16GB models, but of course that’s because users will receive Samsung’s latest flagship smartphone–without the bloat and instant OS updates. The audience was eager to hear about all of the phone’s details until they saw the price of $649.