If you’re a heavy Google Now user, you’ll be happy to hear alerts are starting to roll out today on Chrome users on their desktops and laptops. Google says to enable notifications, you need to sign into your Google Account on your desktop and iOS app:

Starting today and rolling out over the next few weeks, Google Now notifications will be available to Chrome users on their desktop or laptop computers. To enable this feature, simply sign in to Chrome with the same Google Account you’re using for Google Now on Android or iOS. 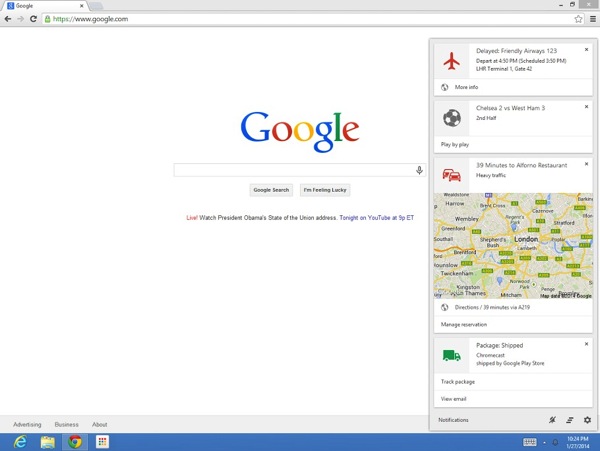 Google Now on Chrome will show your Now cards seen from your iPhone or iPad via the Google Search iOS app, using the location of your mobile device. iOS users received Google Now alerts last spring, as part of an update to the Google Search iOS app. Now you’ll be able to see Now cards for weather, sports scores, commute traffic, and event reminders cards right on your Mac or PC.