Google on iOS Has Live Twitter Stream for Search Results

Did you watch the Grammy Awards? The show ended with the Album of the Year going to Canadian band, Arcade Fire. After doing a quick Google search in Safari on my iPhone 4, I noticed something I had never seen before on iOS–a live stream of tweets relating to search term.

Here’s an example of streaming tweets from the latest results for search results for Arcade Fire: 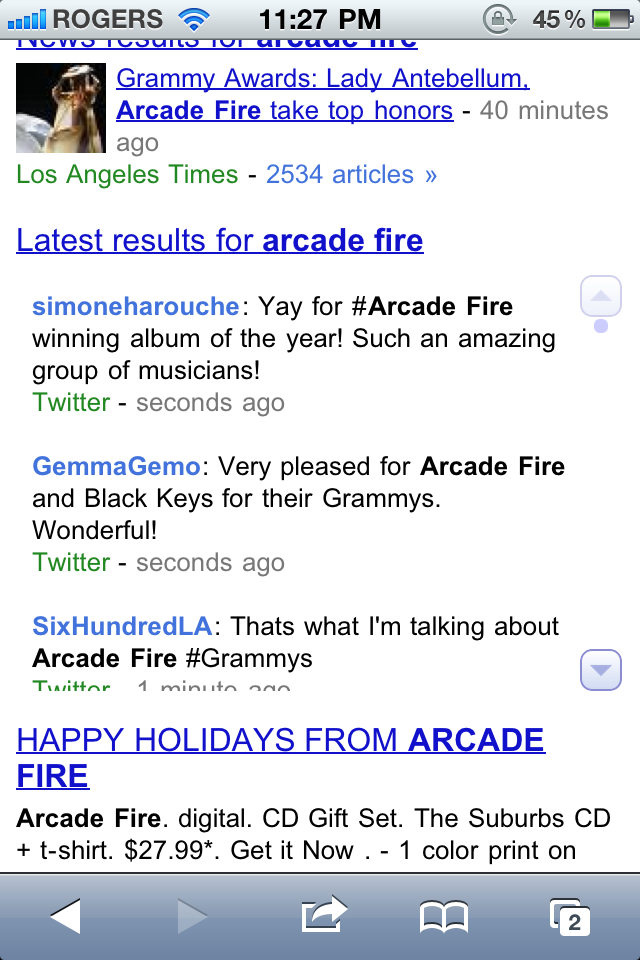 I’ve seen this before on Google search results on my Mac, but never before within Safari on iOS. As you can see from above, you can scroll to see the live tweet timeline.

These live updates are part of the tab on the left labeled Realtime. Click on the arrow to the left of the search box and it will be revealed. Realtime updates don’t always show up in regular search results though. It seems Google pulls the top trending terms from twitter, and will display them accordingly in search results. 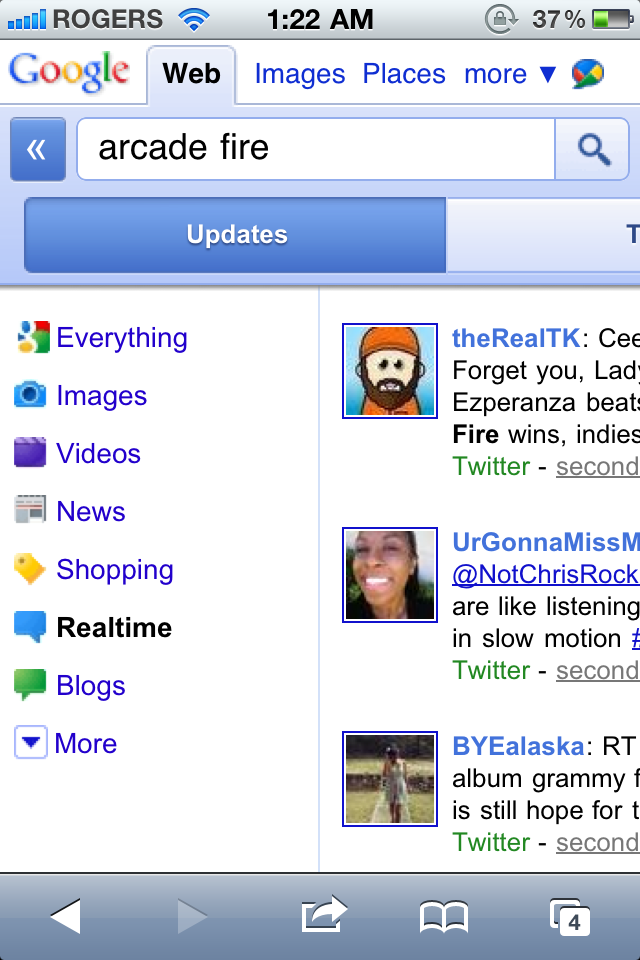 I haven’t read anything online about this change from Google, yet. Let me know if it works for you.

If you want to see a really cool Chrome Experiment from Google that plays a wicked track from Arcade Fire, check out The Wilderness Downtown .