We already know our Google overlords are slowly taking over the world right? Today’s new offering is OnHub, the company’s new wireless router that automatically “makes the most of your existing Internet service by using smart software to find the best Wi-Fi connection.”

The cylindrical design of OnHub aims to blend into your household, and can be controlled via an upcoming Google On iOS and Android app, similar to how AirPort Utility controls Apple’s wireless routers. 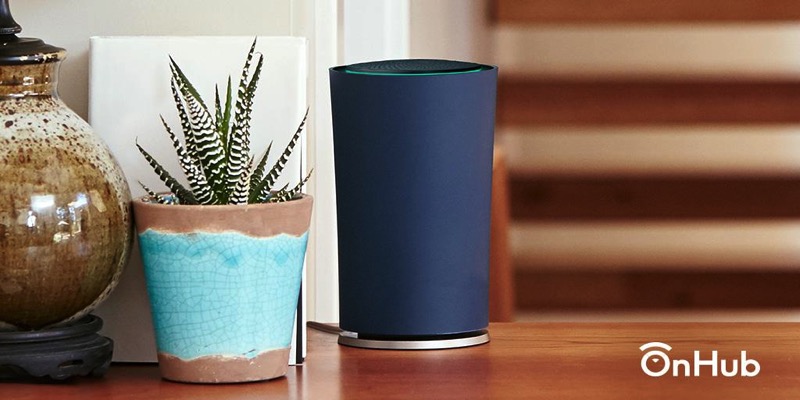 The device supports 802.11a/b/g/n/ac wireless, has built-in Bluetooth 4.0, can support speeds up to 1900 Mbps with its 2.4GHz and 5GHz bands, part of 13 total antennas arranged around the unit, able to support up to 128 devices. There’s also 4GB of onboard storage for “auto-updates”.

While the U.S price is listed at $199 on Google’s website, an earlier version of the site seemingly leaked the Canadian price at $269.99, available online soon from Google Play and Best Buy, “in the coming weeks”. Here’s a screenshot we took before the website changed (it’ll probably come back soon): 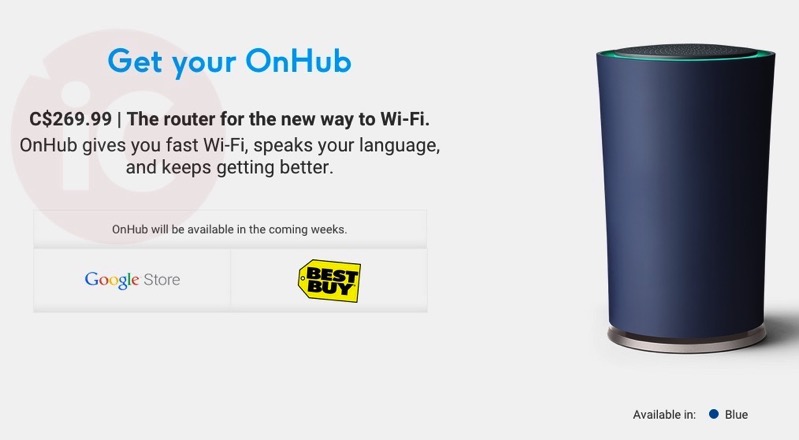 Apple’s AirPort Extreme can support up to 50 users and costs $249 CAD. Google’s OnHub pricing of $269.99 isn’t too far off, but still spending nearly $300 for a wireless router is definitely an investment.