This week Google has partnered with a team from True Patriot Love to bring Google Maps and Street View all the way to the Magnetic North Pole.

David Quick, a wounded veteran of the Canadian Armed Forces and True Patriot Love’s team leader, will be on a journey over the next two weeks along with eleven other wounded soldiers to the Magnetic North Pole. On his journey, he will be carrying the Google Maps Trekker on his back in order to map out his route. 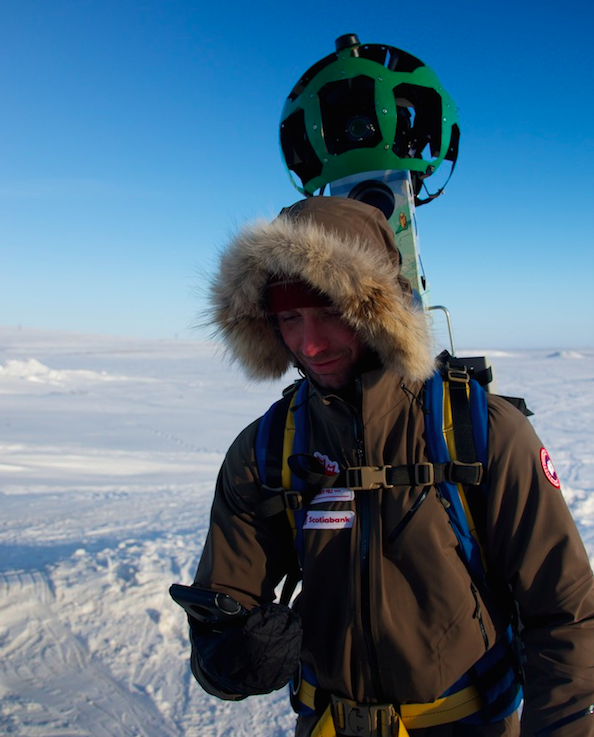 Aside from collecting spectacular imagery of one of the most remote places on this planet, this expedition is also about raising awareness of the needs of Canadian veterans and their families. During my Afghan tour in 2007, I served as company commander in the Royal Canadian Regiment’s 2nd Battalion. Two months into my tour I was wounded in combat by an improvised explosive device that left me with a traumatic brain injury. Despite these injuries, I continued my command for the duration of my Afghan tour which saw numerous intense combat operations in Zharey district. I am proud of the time I spent in uniform, but I recognize the challenges faced by my fellow veterans.

The team will be skiing across Canada’s high Arctic for the next two weeks, you can track their progress by clicking the following link.