After announcing Google PhotoScan for iOS today, which helps users easily create digital scans of their old print photos, the company also has shared a new update for its popular app Google Photos.

This means users can now tap the pencil icon and start editing their photos, able to change exposure, saturation and more.

With new looks (basically filters), there are 12 ways to stylize your photos instantly. Google says they “make edits based on the individual photo and its brightness, darkness, warmth, or saturation” before applying the new looks, which are based on machine intelligence.

The third feature means advanced editing controls are now available for Light and Colour to fine tune photos, such as editing highlights, shadows, and warmth. Google says Deep Blue is geared towards images of sea and sky, since its focal point is the colour blue.

As for editing RAW images, Google says users should stick to something like Snapseed instead. 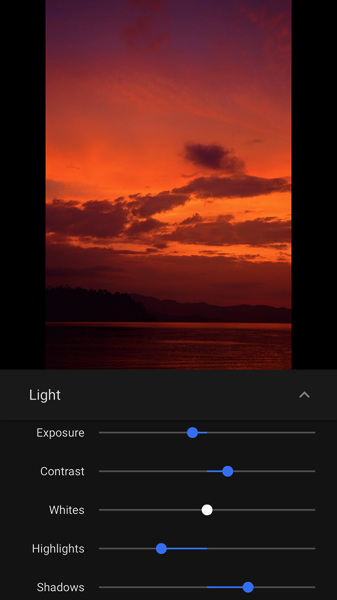 Also new, is how Google Photos will suggest photos from your album to share, when you’re invited to join a friend’s album, thanks to the company’s machine learning.

For the app’s automatic movie maker, there are now new themes available, such as the one “lullaby” seen below, automatically creating a video of still images of your baby sleeping set to peaceful music.

Other movie making themes include one for Christmas, while next April will see a theme for pets, and outdoor moments (set to launch around Earth Day), according to Engadget.

Google Photos is getting better and more powerful—of course thanks to analyzing data from user photos. But if you’re okay with Google getting your photo data, it’s one of my favourite apps for backing up photos and letting it auto create memories of my family, at a better rate than Apple’s new Memories feature in iOS 10.

The service offers an unlimited free storage option, for images up to 16MP and videos up to 1080p.