Google’s Pixel 4 and Pixel 4 XL smartphones officially release today, and they’re already on their way to the consumer’s doorstep. Here’s a look inside. 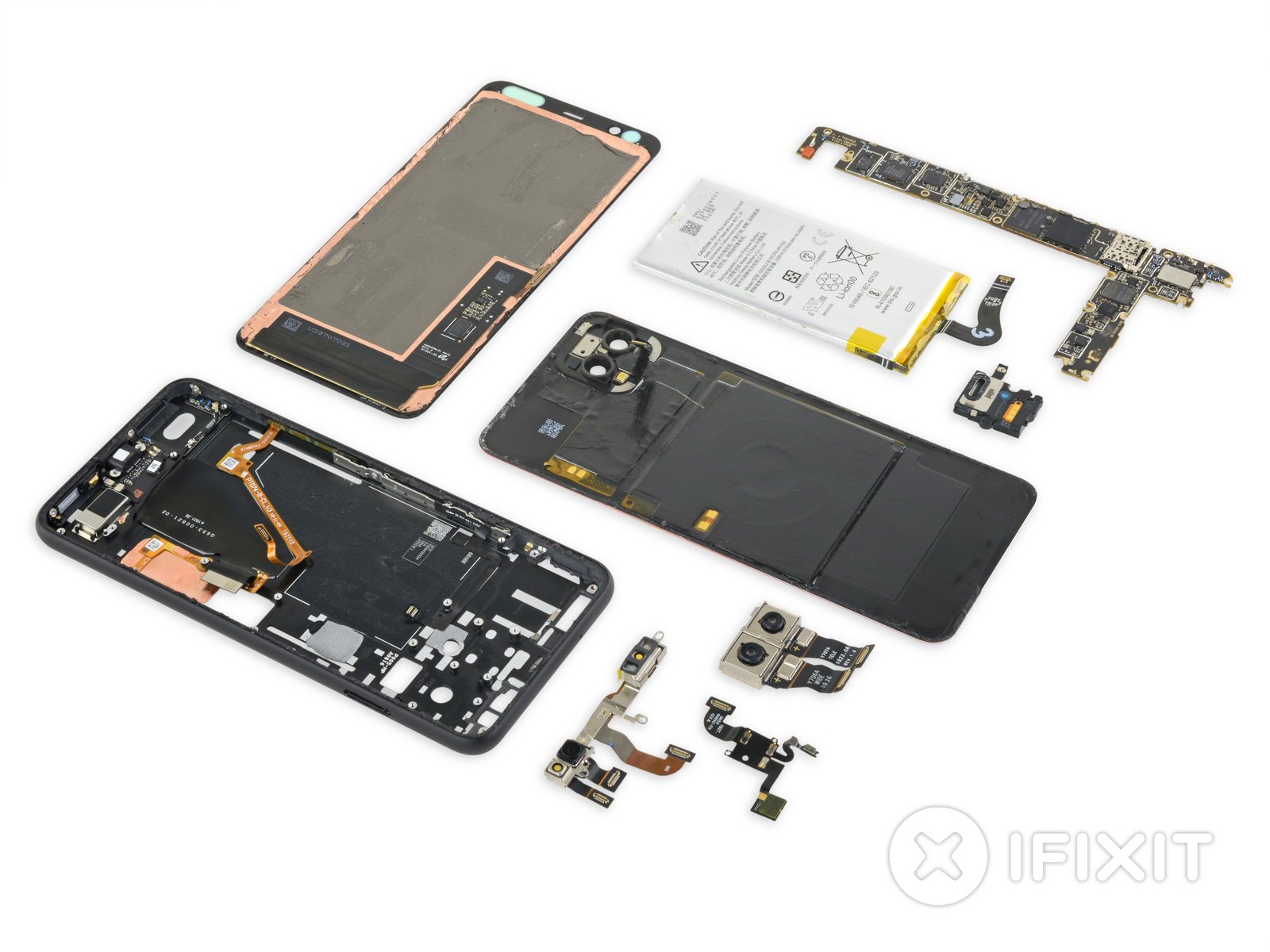 In its usual way, the teardown experts over at iFixit have got their hands on the larger Pixel 4 XL to give it a demolition, and it showcases Google’s internals including the Soli chip and also confirms a Samsung screen.

The teardown shows that the smartphone carries “mercifully thin but strong” adhesive to hold the back glass panel. The back panel also includes the wireless charging coil and NFC coil. Once the panel removed, there are Torx screws covering the battery connectors.

Much like its predecessor, the Google Pixel 4 XL has its battery pack stuck to the phone with a significant amount of adhesive, though the teardown did state that it’s quite easy to remove after removing the glue. The battery itself was found to be slightly smaller in capacity at 14.24Wh (3700 mAh) compared to the 15.04Wh cell powering the iPhone 11 Pro Max and 16.56Wh cell available on the Samsung Galaxy Note 10+.

Another interesting reveal from the teardown is the discovery that the Pixel 4 XL’s display with a 90Hz refresh rate is manufactured by Samsung.

The teardown coverage also notes that the biometric hardware of the Pixel 4 XL comprises two well-separated Near Infrared (NIR) cameras, NIR flood emitter, and an NIR dot projector. iFixit also came across a small chunk that turned out to be an earpiece speaker, mic, ambient light sensor, and the Soli chip, to help interpret hand gestures with the help of a radar.

“Although radar technology has been in use for a long time and seems simple enough on paper, we’re at a loss as to how Google stuffed the entire system into a tiny featureless rectangle with no moving parts,” mentioned iFixit.

In all, iFixit gave Google Pixel 4XL a repairability score of four out of ten, meaning it’s not that easy for an average consumer to fix the phone. Take a look at the entire teardown here.