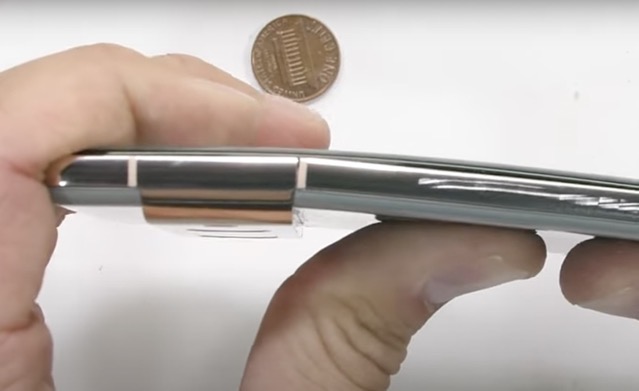 The new flagship Pixel 7 Pro smartphone gains an updated design while being powered by the next-generation Google Tensor G2 chip, along with camera upgrades, to go with face unlock.

According to Google, the Pixel 7 series is made with 100% recycled aluminum, reducing the carbon footprint of the chassis by 35%.

The device sports an aluminum enclosure with a glass back. The metal construction is more durable than before. There’s also an aluminum camera bar on the back that’s sleeker than last year’s Pixel 6 phones.

In our Pixel 7 Pro hands-on last week, we shared how the curved edges of the device make it quite slippery to hold as compared to the iPhone 14 Pro Max.

At the same time, however, the steel bar on the back that houses three cameras is smoothly integrated as one wide bump. This makes sure the phone isn’t lopsided like the iPhone 14 Pro when placed on a table.

But according to Jerry’s durability test, “the metal camera visor on Google’s new phone has a few big problems,” which may raise a question regarding its longevity.

Check out the following video to see what’s going on and let us know what you think.