As spotted by MacRumors, Google has finally added Privacy labels to its Gmail app for iPhone and iPad. The company had announced in early January that it would add privacy data to its app catalog and now, it has quietly made the change server-side. 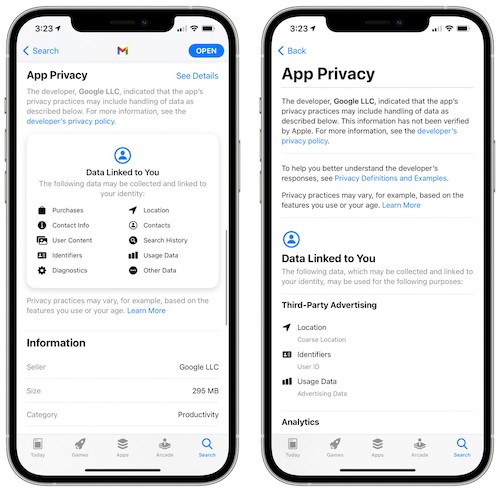 Google has been adding App Privacy labels to apps like YouTube and some of its smaller apps, but of the major apps, such as Google Search, Google Photos, and Google Maps, Gmail is the first to get the new labeling.

It must, however, be noted that Google has still not updated its Gmail app, which started displaying warnings about the app being out of date earlier this month.

Google is now expected to soon resume updates to Gmail and other major apps listed on the App Store.