GigaOM has published a report today, claiming that Google is working on an open source alternative to Apple’s AirPlay and is planning to provide this technology to a number of software vendors to allow data exchange between second screens and TV-connected devices, a hint of which has recently been seen in updated YouTube app for Android that allows AirPlay-like video beaming from Android phones and tablets to Google TV devices. 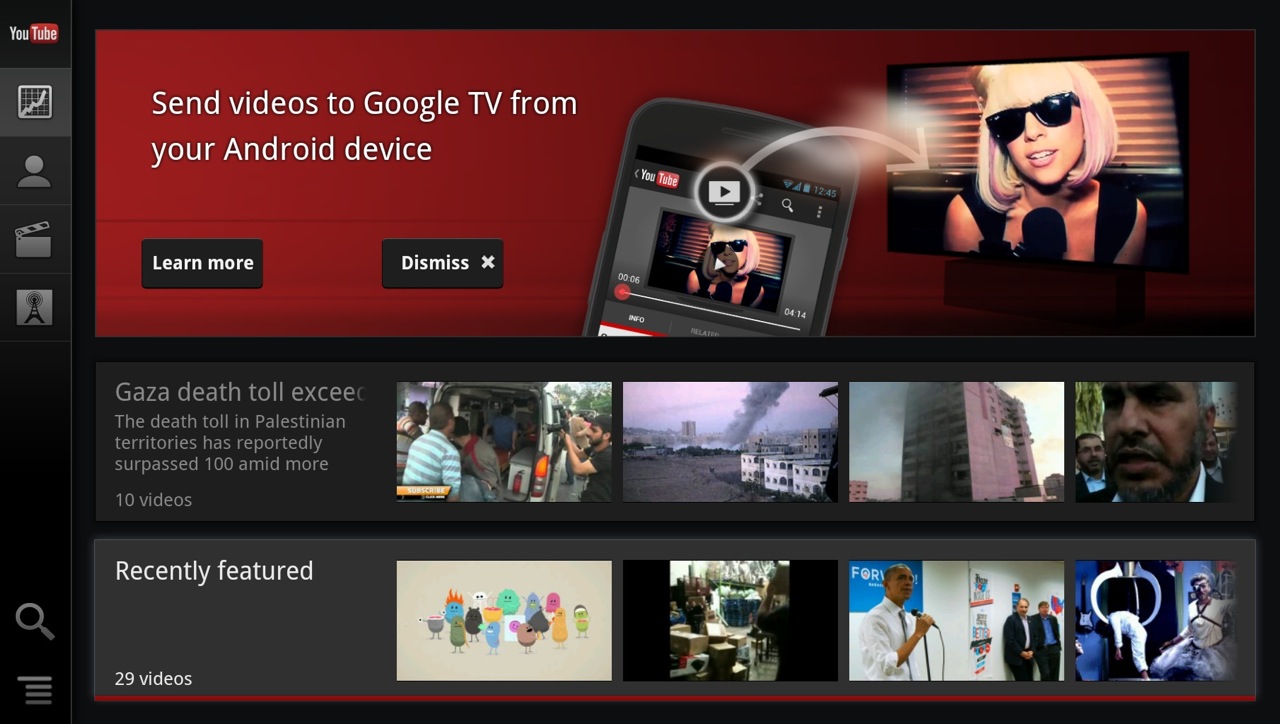 Google product manager Timbo Drayson said the company really wants to move the whole industry forward. Even though YouTube unveiled a Remote control app two years ago, allowing users to start the playback of YouTube videos from their phones, the downside was that the devices first had to be paired by entering a nine-digit code. On the other hand, iPad and iPhone users can beam content to their Apple TV without the need for any configuration, one of the reasons why Apple TV sells so well, notes the source.

Apple sold 5.3 million units of the device in its fiscal year 2012, which makes it by far the best-selling video streaming box. One could also argue that AirPlay-like functionality is one of the key features that’s been missing from Android to successfully compete with the iPad.

Google took a page from Apple’s playbook when it rolled out its own AirPlay-like remote control feature for YouTube on Google TV last week. The company has since launched a dedicated micro-site to promote the feature, showing how serious it is taking second screen control. But it is not stopping there. Drayson told me that Google is “actively working with other companies” to turn this into an open standard, which could be used on other platforms and for other apps as well.

Google executive also added that a key goal of Google’s open source AirPlay antidote would be consumer education, the more companies participated in these efforts, the better.