Aimed at giving Android users more control over how their data is used, Google has announced new policies to cut down on fleeceware, deepfakes, and unnecessary location tracking apps and media from the Play Store, TechCrunch is reporting. 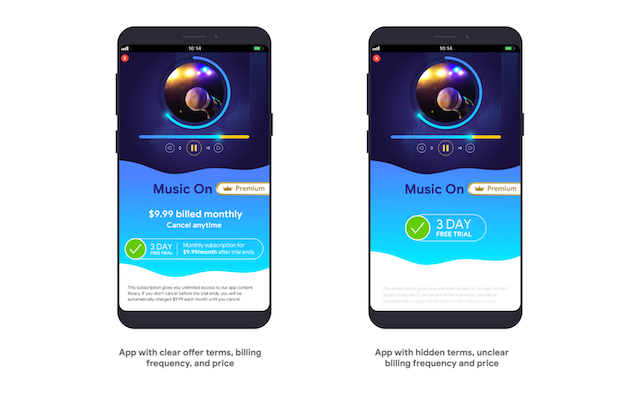 Google’s first new policy is focused on the location tracking permissions requested by some apps, according to which developers are now required to get approval to access background location in their apps. Google has, however, said no action will be taken for new apps until August 2020 or on existing apps until November 2020.

To curb fleeceware, or apps that abuse the ability for Android apps to run trial periods before payment is charged to the user’s account, developers are now required to be explicit about their subscription terms, trials, and offers.

The final update is related to the Play Store’s “Deceptive Behavior” policy to prevent any manipulated content or deepfakes from being available on the Android market place.

In Google’s announcement, the company said it understood these were difficult times for people, which is why it’s taken steps to minimize the short-term impact of these changes. In other words, it doesn’t sound like the policy changes will soon result in any mass banning or big Play Store clean-out — rather, they’re meant to set the stage for better policing of the store in the future.

Google says its updated policy is meant to better ensure all apps are clear about their behavior once they’re downloaded.