Having tested the update to the G Suite apps last year with its new design for Google Drive, Google has today started rolling out its Material Design update for Google Docs, Sheets, Slides, and Sites. According to TechCrunch, this is solely a design refresh and no new features are being added. 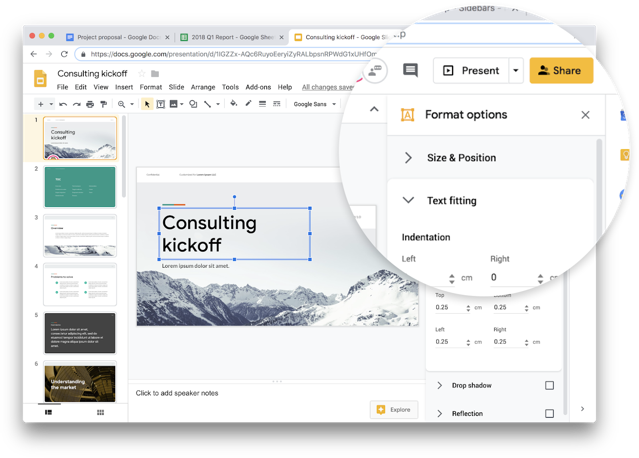 The only change users can expect to see is different interface fonts, slightly revised controls, and some updated icons. Users might also notice some fresh new colours here and there but that’s about it.

Google says the rollout of its new design has begun for G Suite subscribers on the Rapid Release schedule today and all users on that should receive it within the next two weeks.

Those users whose admins are a bit more timid and are sticking to the Scheduled Release schedule will see the new design around February 11. Google doesn’t typically say when those features roll out to free users, but chances are you’ll see them within the next month, too.

Let us know if you are a G Suite subscriber and are seeing Google’s new Material Design.

Apple has just shared a new support video on YouTube explaining how you can use SharePlay to listen to music and watch TV and movies with your friends while chatting about it in Messages. SharePlay, a feature that lets people share experiences right inside FaceTime on iOS and iPadOS, is now available via Messages as...
Usman Qureshi
18 mins ago