Google recently announced that its Stadia streaming gaming platform will launch on November 19, 2019, priced at $11.99 CAD per month in Canada for the Pro version, with a free version coming in 2020. The company also noted that users will be able to play the games using the Google Stadia Controller wirelessly. 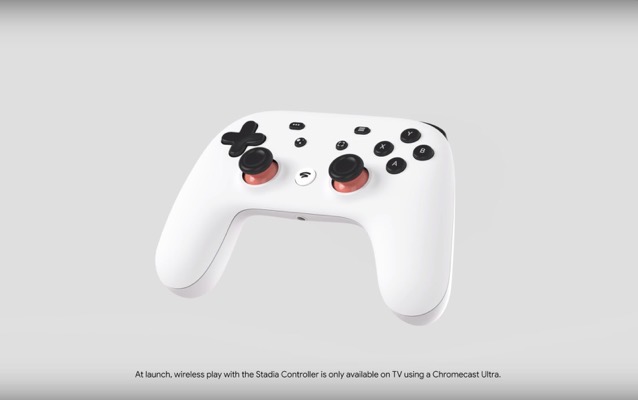 While the service will allow users to enjoy their favourite game titles on their TVs, laptops, desktops, and select tablets and phones, the Google Stadia controller’s wireless capability will only work on TVs with a Chromecast Ultra at launch, as mentioned in a fine print on a Stadia video shared by Google.

According to Engadget, a Google Community Manager handling the Stadia subreddit has confirmed the information and has also clarified that users will need the official controller to play games through Chromecast Ultra.

“Since the Stadia controller only uses Bluetooth for setup and connects via WiFi for gameplay, you truly can’t use it without a cable at first. It’s still not clear when wireless play will be available for the other Stadia-compatible devices, but the tech giant told The Verge that it’s focusing on getting wireless right on TV first to make the big screen gaming experience as good as possible.”

Check out the video below detailing everything you need to know about Stadia ahead of its official launch next month.