Earlier today it was noted by Walt Mossberg Google Street View would be coming to the Google Maps web app on Thursday, essentially confirming what we were earlier told by the New York Times. Well, it looks like Google Street View has gone live late Wednesday night PDT.

This brings back the functionality that was lost when Apple replaced Google Maps in iOS 6 with their own mapping solution, which has come under criticism from users for being unfinished and unpolished. Apple CEO Tim Cook eventually apologized to customers in an open letter and even recommended the Google Maps web app as an alternative along with others such as Waze, which subsequently experienced a 40% spike in downloads thanks to the plug from Cook.

Our own tests with Google Street View via the Google Maps web app were very straightforward. Just load up the maps.google.com web app in mobile Safari, tap on a location and a new bottom bar emerges with an icon of a person. Tap that and voila–you have Street View, which opens up in a new tab displaying the URL maps.gstatic.com.

Do note that as of now, most Street View locations will easily turn up if you tap at any bus stop or business. Just tapping and holding on an area of the map doesn’t bring up Street View.

Check it out below; it works just like before as you can manipulate the map and move along streets: 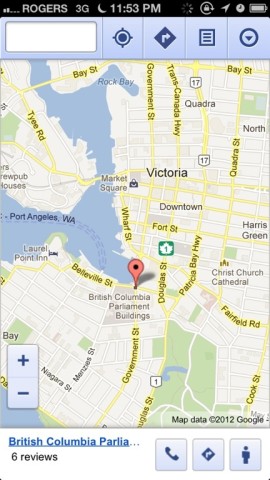 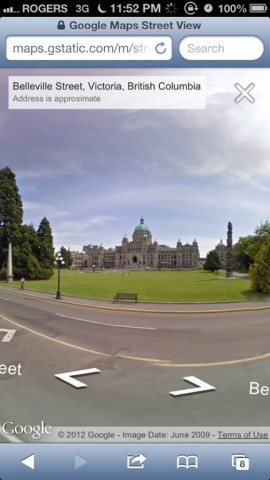 It also works great on the iPad as well: 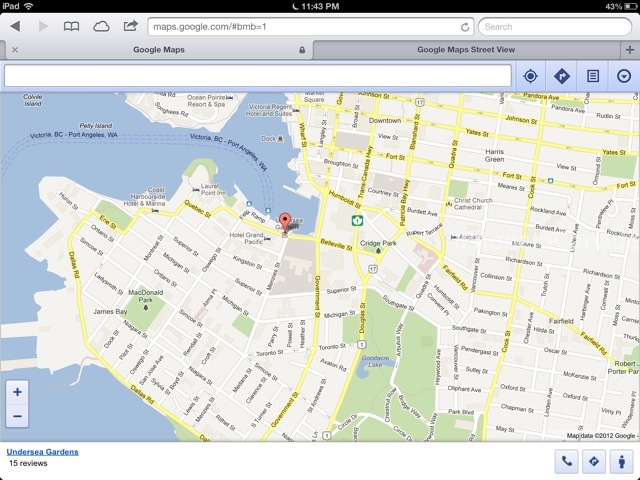 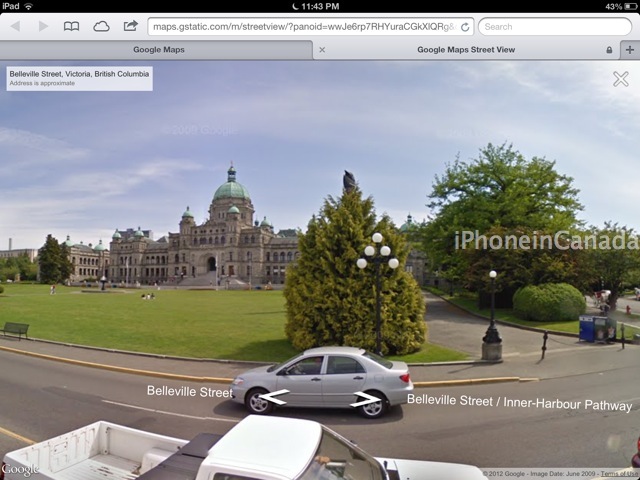 Here’s the view in landscape mode on the iPhone 5: 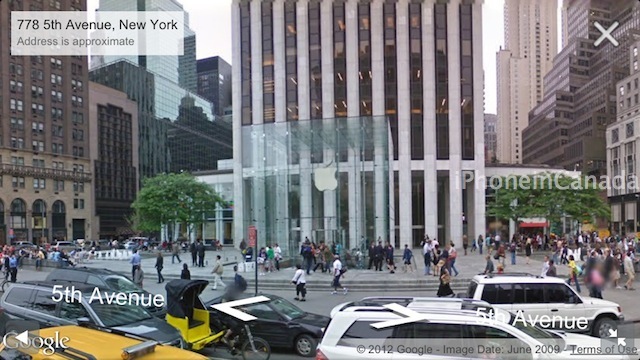 Have you tried out Google Street View yet? I know a lot of people are going to be happy about this. Google Street View has become one of the go-to tools for numerous users when it comes to finding exact directions or locating businesses on the go.

Update: Here’s the official announcement on the Google Latlong blog.