Google Canada today announced their Google Maps teams has recorded footage of Ottawa’s Rideau Canal which will appear in Street View in the near future, helped in part by Ottawa Senators defenseman Codi Ceci:

This morning the Google Maps Street View team skated the nearly 8 kilometre Rideau Canal Skateway, using the Trekker backpack to collect panoramic imagery of this scenic skating rink; from Dows Lake all the way to the base of Ottawa’s Parliament Hill.

Here are some images of the Street View recording below along canal, a UNESCO World Heritage Site: 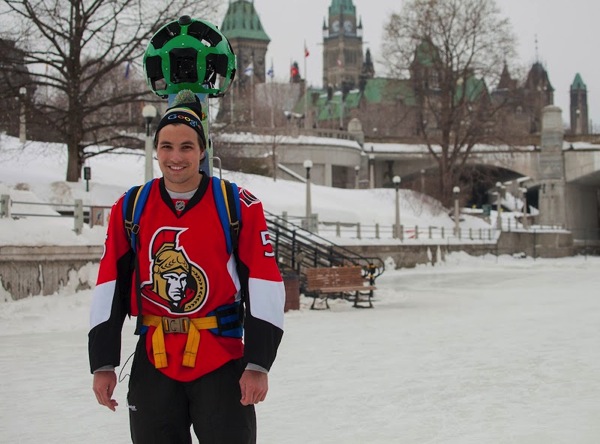 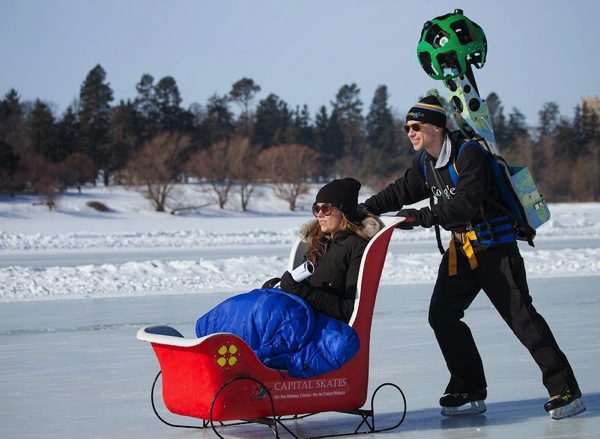 I can’t wait to see BeaverTails stands along the canal in Street View on my iPhone (right??).