Google Canada today revealed some of the top travel searches recently, as COVID-19 restrictions ease across the country.

According to Google, searches for road trips and local travel have increased, while globally, queries for “staycation”, ”beach rentals” and ”cabins for rent’’ have doubled year over year, as people are trying to find places to go locally.

For Google searches in Canada over the past three months, there’s been a surge for queries for road trips in places like Vancouver Island in British Columbia and Gaspésie in Québec.

The top searched queries related to road trips in the past two weeks in Canada include:

With longer road trips, more Canadians (and the world) are searching for places to rest up at, particularly hotels. According to Google, searches for “hotels open in” have increased a whopping 100,000% year over year.

As for the top hotel destinations in Canada over the past two months? They include:

The top search topics for tourist destinations in Canada over the past two months, according to Google, shared with iPhone in Canada in an email:

Google says when users search for travel information, COVID-19 advisories or restrictions will show up for your destination, to go with recently added driving alerts within Google Maps. 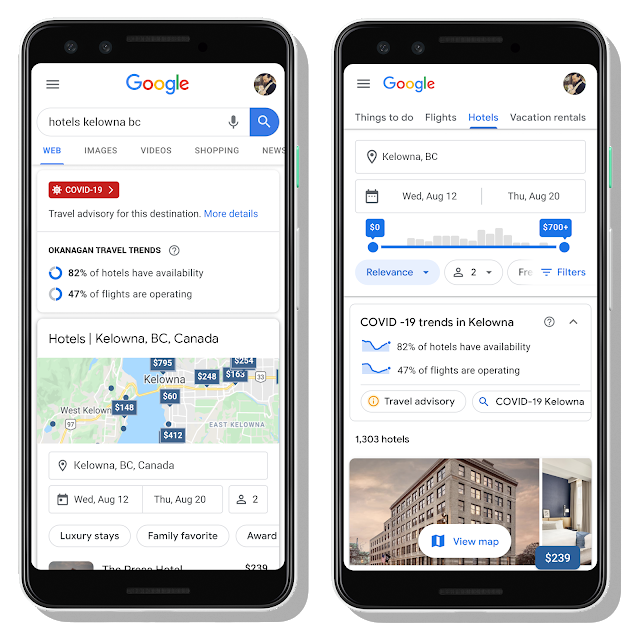 The company says users will now also “see the percentage of flights operating and open hotels with availability based on Google Flights and Hotels data from the previous week.” Users can now also see and sort hotels with free cancellation, offering flexibility during COVID-19.