Our new homepage displays more stories, sources, and images while keeping a familiar look and feel. Also, you can now reach your favorite sections, discover new ones, find articles and play videos in fewer clicks. If you are an existing Google News reader on desktop, you will find that all of your personalizations are honored in this mobile version too.

iPhone users can see the new Google News site in Safari by browsing to Google News at http://news.google.com. 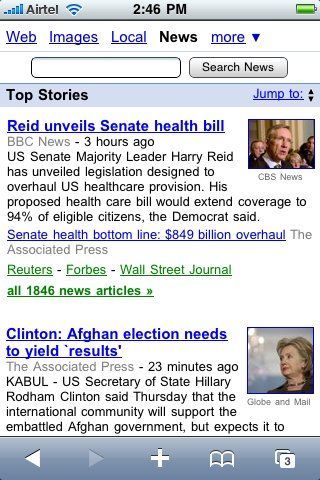 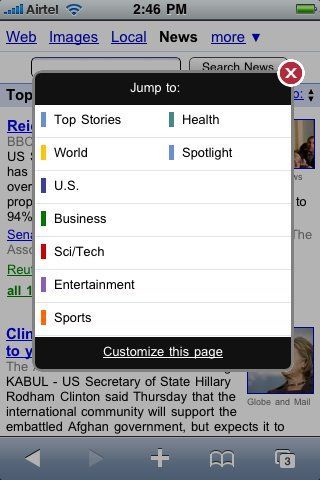