Google has upgraded the street view cameras for its mapping service for the first time in eight years, which not only capture sharper images with more detail, but will also prove crucial to the company’s use of AI to index real-world locations (via Wired). This would allow Google’s Street View to give you a more accurate result when you plug in an address. 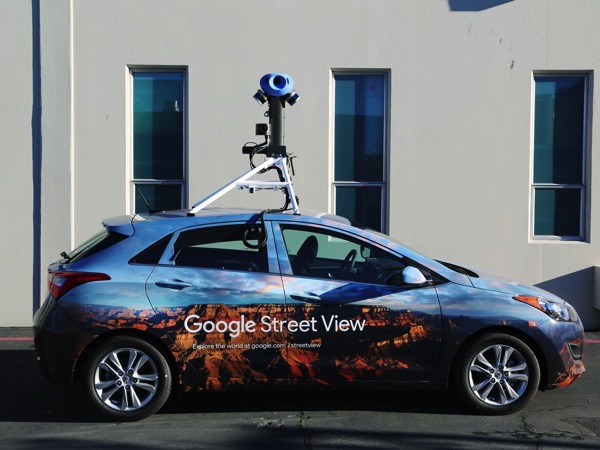 Google says the new setup, which consists of just two cameras instead of the array from before, takes HD photos that make it easier for Google’s image recognition algorithms to single out individual buildings and street signs. Like their predecessors, the new cameras will sit atop Google-branded cars, capturing information about the world and taking still images on either side.

Jen Fitzpatrick, Google’s VP of Maps, said that users might soon be able to ask: “What’s the name of the pink store next to the church on the corner?”. Beyond that, the new cameras could even deliver things like opening hours of stores to the algorithms.

“These are questions we can only answer if we have richer and deeper information,” Fitzpatrick says.

“From a machine learning perspective, everything gets better,” says Andrew Lookingbill, an engineer working on the technology. It will also help his team’s efforts to build new software even better at understanding the world. They’re thinking about trying to automatically recognize different types of business from their appearance and reading finer-grained information like opening hours signs.

LastPass, a popular password manager for mobile, desktop, and more, recently suffered a security breach where an unauthorized party gained access to "certain elements" of customer data using information obtained from a previous hack back in August. The company said in a Wednesday blog post that it discovered unusual activity within a third-party cloud storage...
Nehal Malik
25 mins ago

Apple’s 10th generation iPad launched this year to some mixed reviews, and today, the experts over at iFixit have given it their signature teardown treatment. “It’s such an odd device – in both good and bad ways,” says iFixit. "A few genuine leaps forward for consumers sit alongside some truly baffling design choices." "You’d expect...
Usman Qureshi
48 mins ago